At least 30 dead following bus crash in the Congo

Brakes on the vehicle may have failed, says UN-backed radio station 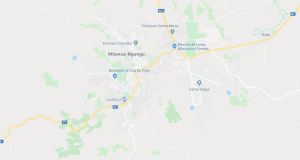 At least 30 people have been killed and 16 others injured in a bus accident in Congo.

A statement from president Felix Tshisekedi’s office says the provincial governor is opening an investigation into Sunday’s accident in south-western Kongo Central.

It says Mr Tshisekedi cancelled a trip to Japan because of the crash.

The president visited the city of Mbanza-Ngungu on Monday to express his condolences.

The United Nations-backed Radio Okapi cites a local official as saying the brakes on the bus may have failed.

He says the wounded will be brought back to the capital, Kinshasa, for further treatment. – AP