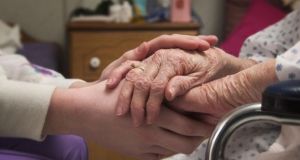 Confidential Recipient Leigh Gath said the families of those making complaints about HSE care for vulnerable adults are receiving little or no respite.

Whistleblowing staff in HSE-funded services are afraid to report issues of concern to their bosses as they risk being ignored or discredited, the Confidential Recipient has said.

Ms Gath said in many circumstances, staff felt they could not have their identities revealed because of fear of reprisal from their employers or other staff. “These fears may be real or not, but the culture is still there, with some people feeling fearful of bringing concerns up with their line of management or else having brought their concerns to management, feeling they had not been listened to and were concerned about those they cared for,” said Ms Gath.

She said a number of staff, who contacted her office anonymously, had initially used their own service protocols for reporting abuse.

“However, these staff members felt that they were either ignored or targeted for redeployment from their workplace or, had other apparent measures taken to discredit them. They then contacted my office hoping that an independent person could ensure the safety of the residents/service users while protecting their jobs as well,” she said.

The Confidential Recipient was appointed in December 2014, after the HSE published a policy on safeguarding vulnerable people at risk of abuse.

In 2017, the total number of formal concerns and complaints received by her office was 196, a slight reduction on 2016.

Of these, 169 related to social care services, 22 in mental health and five in other services such as private nursing homes and primary care.

During 2015, the office responded to 119 concerns/complaints. An increase in awareness and publicity of the service during 2016 resulted in an increased number of concerns responded to, almost double to 220.

Where concerns were raised in relation to alleged abuse, this included physical, sexual, psychological, financial, neglect, discrimination and institutional.

Ms Gath said a concern or complaint that comes to her office regarding a private nursing home can only be passed to the Health Information and Quality Authority, as the HSE does not have the authority to investigate these.

Ms Gath also received 500 informal telephone calls during the year, with many people wanting to know about the office, or talking about concerns but not wanting to have them passed on at that time, for a variety of reasons.

Ms Gath said the three recurring issues from her time as recipient relate to funding, respite and communication.

In her report she notes a number of people who need services are either being placed in inappropriate services such as nursing homes or acute psychiatric services when they may not have a psychiatric illness but an intellectual disability instead.

She said in some cases they have been there for long periods of time, sometimes years.

She said the families of those making complaints on behalf of their relatives are receiving little or no respite.

“This, according to the people my office hears from, is putting tremendous stress on families. Some of the people they care for require around-the-clock care and so the carers get little rest,” said Ms Gath.

She also said breaks in communication between the public and their local HSE office mean she will be contacted over a relatively small issue.

“When no response is received, this can cause the families to mistrust the services or their local HSE offices. If someone had called or written to these people in a timely manner then they would be happy (most of the time) to work with the HSE to solve their issues, even if it was going to take time. People need to feel they are being heard and listened to,” said Ms Gath.