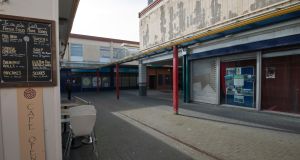 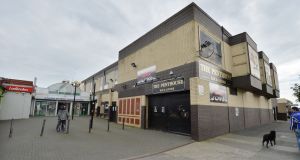 Demolition of the 50-year-old Ballymun shopping centre, which has blocked completion of the regeneration of the north Dublin suburb, has been approved by city councillors.

The council plans to raze the dilapidated complex along with a derelict health centre and former Garda Station later this year, after the last remaining tenant leaves the building this summer. Separately, it plans to offer the site to the market for redevelopment as a retail and residential scheme.

The proposal was this week approved by Ballymun councillors, ahead of the formal ratification of the demolition plan by the full city council.

The redevelopment of the shopping centre, known as the Town Centre, was central to the 1997 Ballymun regeneration plan. In 2000, Treasury Holdings paid more than £6 million for a 53 per cent stake in the site, with the council retaining the remainder. The new complex, which was to be the main shopping facility for the suburb’s 18,000 residents, was due to be built in 2005.

However, it was not until 2009 that Treasury secured planning permission for Springcross, a vast €800 million development, which was to include an 11-screen cinema, bowling alley, public library, creche and restaurants, as well as more than 70 shops and offices.

It had intended to begin construction the following year, but the economic crash intervened and the town centre lands became part of Nama’s portfolio of loans before any development began. Most retailers in the centre subsequently shut up shop and, in early 2014, it lost Tesco, its anchor tenant.

In May 2014, the council reached agreement with Nama and its receivers to acquire the Treasury stake. Two years later the council sought compulsory purchase orders to gain clear possession of the site.

Local Independent councillor Noeleen Reilly said it was disappointing how long the site had been left in its run-down state.

“It stands as an absolute reminder every single day of what went wrong with the regeneration of Ballymun, but I am hopeful the demolition will go ahead as soon as possible and the site can be made ready for the market.”

Fianna Fáil councillor Paul McAuliffe said it was likely the site would be marketed ahead of the demolition, so redevelopment could start soon after it was cleared. “The single biggest broken promise to Ballymun is the failure to redevelop the shopping centre, so it’s essential work starts as soon as possible.”

The development of other large-scale shopping centres in the intervening years had changed the market for the site, he said. “What’s required now is a mixed use development, including affordable housing and own-door shopping units, rather than a large enclosed centre.”

Ó’Cualann, the co-op currently building affordable housing in Ballymun, is part of a group called Core (Community Owned Responsible Enterprise) which is interested in developing the site as a residential, retail and community development scheme with any profits “ploughed back into the community”, Ó Cualann chief executive Hugh Brennan said.