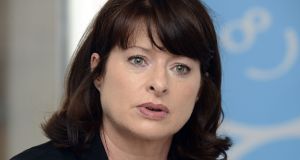 Almost half of Irish adults believe “some cultures are superior to others” while almost 20 per cent believe “some races/ethnic groups are born less intelligent”, a landmark study on attitudes to race finds.

The study published on Thursday by the Economic and Social Research Institute (ESRI) and the Irish Human Rights and Equality Commission (IHREC) also finds just under 45 per cent of adults believe some races are “born harder working”.

It finds Muslim and Roma people face the most antipathy, while negativity towards immigrants has been at its highest during economic downturns. Negative attitudes are greater among poorer and people with lower levels of educational attainment. Personal contact with people from immigrant backgrounds promotes a more positive attitude, it finds.

The report, Attitudes to Diversity in Ireland, draws on a survey of attitudes from the European Social Survey collected since 2002 and monitors attitudes here between 2002 and 2014.

“Attitudes to some migrants are much more negative than others. While 58 per cent of Irish-born people report they would allow many or some immigrants from members of the same ethnic group as most Irish people [ie white] to come to Ireland, the equivalent figures for Muslim and Roma migrants are 41 per cent and 25 per cent respectively,” says the report.

“International literature suggests there is a greater perception of cultural threat around Muslim immigration than around immigrants of the same ethnic group. Resistance to Roma migration reflects a widespread prejudice against this group across Europe. ”

The study finds a more positive attitude to immigrants between 2002 and 2006, during the “boom”, before decreasing in 2008 with the onset of the recession. The most negative attitudes towards migration were registered in 2010, with attitudes becoming more positive as the economic outlook improved.

Given recent negative public debate about immigration in parts of Europe and the US, the ongoing monitoring of attitudes to migrants remains important

Frequent contact with people from different races and ethnic groups was “directly associated with more positive attitudes”. About one in four Irish-born people have contact with someone from another race or ethnicity every day with 58 per cent reporting contact at least weekly.

There was no statistically significant difference between the attitudes of people of different ages or between rural or urban areas.

Frances McGinnity, lead author of the report at the ESRI, said attitudes to minority groups were important as they could influence recruitment decisions and voting, and so have a profound impact on society.

“Given recent negative public debate about immigration in parts of Europe and the US, the ongoing monitoring of attitudes to migrants remains important as an indicator of the challenges that need to be addressed in order to support migrant integration and social cohesion in Ireland.”

The IHREC’s chief commissioner, Emily Logan, said the report would help the organisation in its “mission to build a fair and inclusive society that protects and promotes human rights and equality”.

1 Tyrone midwife on the cover of Vogue magazine
2 Barack Obama urges those protesting in US to seize the momentum
3 Luke ‘Ming’ Flanagan bares his bottom half to European Parliament
4 Covid-19: Varadkar downplays expectation of accelerated lifting of restrictions
5 Coronavirus: A further 123 cases reported in meat processing plants over past week
Real news has value SUBSCRIBE