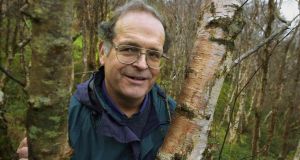 The rich resources of our Celtic culture must be harnessed to help future generations challenge the catastrophe hurtling towards us due to global environmental exploitation, a conference has heard.

This, she said, would reflect the economic vision of late radical economist Richard Douthwaite, who was honoured at an event at GMIT, Castlebar on Friday.

Organised by Feasta (“in the future”) and presented bilingually, Food for Thought – Lón Intinne reflected on Douthwaite’s work, its co-founder and longtime Westport resident.

The event dovetailed with the 30th annual Afri Doolough Famine Walk on Saturday. This commemorates the catastrophe of hundreds of locals who made a 10-mile journey on the night of March 30th, 1849, from Louisburgh to Delphi Lodge in the hope of food from Poor Law Guardians. They walked through the night in freezing, wintry weather but were turned away, many of them later succumbing to starvation.

Opening the event, Dr Ryan said Feasta was founded 20 years ago to support the work of Douthwaite, who was “ahead of his time in his ecological economic perspective”.

“Feasta is underpinned by Richard’s theories on how to resolve the fact that our economic system was, and is, pushing people and the planet to live beyond our personal and planetary capacity as if we had no breaking point,” she said. “The work of Feasta is about making interventions at the systems’ level, to create frameworks for economic security.”

Central to Feasta is “the concept of the commons: the natural and social resources that belong to everyone”, she added.