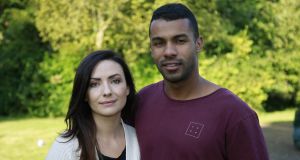 Hate legislation is in preparation in Ireland but it is a difficult issue to get right because the Government does not want to do anything to “stifle free speech”, Taoiseach Leo Varadkar has said.

Condemning online abuse directed at a Co Meath couple, Mr Varadkar said: “I think any online abuse, particularly abuse that is you know, sexist, or, or racially motivated, is disgusting, and I condemn it unreservedly.

“I think it only reflects a very small minority of people in the country. Unfortunately, people go online to say and do things that they wouldn’t say in public,” he said.

Work is under way on hate legislation: “It’s always a difficult one to get right, because you never want to be in a position where you’re stifling free speech, and one person’s hate speeches is another person’s free speech.

“But it’s the kind of thing you have to get right and it’s very hard to define what is hate speech. If it’s incitement to violence, it’s very clear. But beyond that, it’s less clear.”

Legislation due from the Minister for Communications Richard Bruton will give powers to an online safety commissioner to force social media companies to take down harmful content.

“We’d expect to be able to publish the Bill by the end of the year and have it through the Houses of the Oireachtas and have the office set up next year,” he said, speaking in Los Angeles.

However, lobby groups call for an “urgent review” of the 1989 Incitement to Hatred Act in the wake of the online abuse directed at mixed-race Co Meath couple, Fiona Ryan, her fiancé Jonathan Mathis and their infant son.

The Irish Council for Civil Liberties said the family’s experience “corresponds to evidence” it had heard in recent years, adding the 30 year-old legislation was “not fit for purpose”.