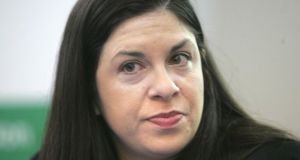 Refugee children who have fled Syria experience considerable challenges after they reach Ireland and need greater support from schools, youth services and communities, according to a report today.

In it, the Children’s Rights Alliance highlights difficulties they experience getting health and medical care, a lack of resources in schools for refugee children and integration challenges.

The report, Safe Haven: A Study on the Needs of Refugee Children Arriving in Ireland through the Irish Refugee Protection Programme, is based on consultations with 77 people including parents, children, service providers and teachers.

The Irish Refugee Protection Programme was established in September 2015 by the then minister for justice Frances Fitzgerald in response to the European refugee crisis.

Under the programme Ireland pledged to accept 4,000 refugees through the EU Resettlement and Relocation Programmes and to prioritise families, children and unaccompanied minors as part of this commitment. Just over 2,500 refugees had been relocated or resettled in Ireland under the programme by June 2019.

The study says one teacher reported sourcing material for refugee children herself because school funds were simply not enough.

The report also points to a lack of “cultural understanding and paternalistic attitudes” by some staff working in emergency reception and orientation centres where families are residing, “sometimes amounting to over-involvement in family life”. “This needs to be addressed,” the Children’s Rights Alliance said.

Access to health services was sometimes an issue due to a lack of available services or the existence of waiting lists, the report says.

Numerous stakeholders reported that refugee children had considerable oral health needs. In interviews with parents, reference was made to the impact of experiences prior to arrival in Ireland on children’s mental health.

“These issues manifested themselves in specific symptoms such as bed-wetting, nightmares and sleeping difficulties,” the report says.

One mother noted in relation to her son: “He sees nightmares, and bed-wetting, because of the fear that we experienced in Syria.”

Language was found to be a “significant barrier” for children at school, accessing healthcare and forming friendships.

“Language obviously represents a major barrier for parents in obtaining information, communicating with schools and engaging with their children’s education,” the report said.

“My daughter starts crying because she can’t understand and she can’t do her work . . . Back in our countries we could help them because we were the same language, but here we can’t,” a parent said.

Dr Karen Smith, one of the study’s co-authors, said the findings point to the “pressing need” for a more systematic and evidence-based approach to the implementation of resettlement programmes, greater training and support for service providers, as well as ongoing monitoring and evaluation.

Dr Muireann Ní Raghallaigh, also a co-author of the report, said a key message from the young people who participated in the study related to the importance of “not treating refugees as a homogenous group”.

“Instead, policymakers and service providers need to be aware of differences in backgrounds and experiences and ensure that service provision is needs-focused, child-centred and individualised,” she added.

The Children’s Rights Alliance has made a number of recommendations including developing a framework and strategy for the implementation of the Irish Refugee Protection Programme as well as the introduction of a monitoring and evaluation tool for resettlement support programmes.

Tanya Ward, chief executive of the Children’s Rights Alliance, said Ireland needs to provide “a safe haven to a bigger group of refugee children”. “Many children are waiting in Greece and the Middle East in unsafe conditions and exposed to exploitation and abuse,” she said.