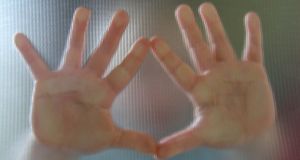 The confidential review, seen by The Irish Times, found the girls should have been removed from the home in 2003; they were not taken out until 2014. Photograph: iStock

A young girl was left in a foster home where she was subject to “gross neglect” and severe emotional abuse for more than a decade, as the health service failed to act on multiple reports of child abuse.

As a baby in 2000, Mary* was placed in a foster home in a rural area with her grandparents, along with her younger sister Claire*, despite reservations over the couple’s ability to care for the children.

An independent review of Mary’s case found for more than a decade she was “subjected to gross physical and emotional neglect . . . due to a persistent failure by her relative foster carers to meet even her most basic needs for food, shelter, hygiene and emotional warmth”.

The review, commissioned by a Tusla regional service director, was conducted by childcare expert Lynne Peyton and completed in 2015 – and has not been made public.

Tusla, the Child and Family Agency, took over responsibility for social work services in 2014.

The confidential review, seen by The Irish Times, found Mary and her sister should have been removed from the home in 2003. Despite more than a decade of worsening reports of abuse and severe neglect, they were not taken out until 2014.

The two children were “failed consistently” by the local social work department, under the area health board, and later the Health Service Executive, the review found.

The review said Mary “endured extensive emotional abuse”, and that numerous allegations of physical abuse were “not adequately investigated” by social workers.

There was also evidence she was “exposed to inappropriate sexual behaviour”, but this did not appear to have been investigated, the review said.

Mary was often given only secondhand clothes to wear, permitted a single shower a week, and suffered from tooth decay from a young age due to lack of nutritious food. As a young teenager, she was given a limited number of sanitary towels a day during her period, the review said.

The review found a “clear breach of the professional and statutory duty of care” to both girls.

*The girls’ names have been changed to protect their identities.