Top-earning city council tenants most likely to default on rent

More than €27,000 each owed by 25 tenants in unpaid rents to Dublin City Council 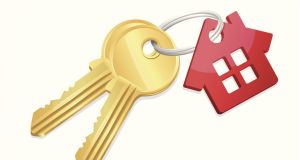 There are cases where a tenant’s rent increases because a son or daughter living in the house has a job. However they are not necessarily giving their parents any money.

Dublin social housing tenants with the highest incomes are most likely to be in arrears on their rent, with 25 tenants in the top qualifying wage bracket owing more than €27,000 each in unpaid rents to Dublin City Council.

It emerged last month that the council is owed some €33 million by tenants, the largest sum ever owed to any local authority in unpaid rents. It represents an increase of more than €10 million over the last decade, with €19.5 million owed in 2009.

Almost 60 per cent of council tenants are behind on their rents, with figures presented to councillors on Monday showing higher earners owe the most.

The council’s 24,574 tenants pay rent based on their incomes. The average rent paid is €69.41 a week, but almost half of tenants – 11,888, largely those whose only income comes from social welfare benefits – are paying the minimum rent of €25.65 weekly.

The maximum rent the city council charges is €425 a week, but no tenant is currently paying this amount, with the current highest weekly charge set at €265.87.

A total of 17,775 tenants are behind on their rent, owing a cumulative total of €33.5 million. Just under €15 million was owed by the council’s best-paid tenants – those with household incomes of more than €800 a week.

“The lower-income households account for the smallest percentage of the arrears,” Rose Kenny executive manager of the council’s housing department said. “When you take €800-plus as something we would call a high income, and that includes subsidiary earners in a household, they account for over 44 per cent of the outstanding arrears.”

The 25 tenants who have allowed their debts to exceed €27,000 were in this higher-earning bracket, she said.

Until 2017, the council was unable to evict tenants who refused to pay. However, following a change in the law, the council has now secured four possession orders from the courts, and expects three more to come into effect in January.

In two of the first four cases, the tenants paid the full amount of arrears directly; in a third the tenant is now repaying the amount weekly, but in the fourth case the tenant would not pay. The tenant has recently been evicted, but has not been made homeless, Ms Kenny said.

Sinn Féin councillor Daithi Doolan and Independent Pat Dunne said there were cases where a tenant’s rent had increased because a son or daughter living in the house had a job but were not necessarily giving their parents any money.

Ms Kenny said the rent was based on household income and where a son or daughter “had a good job” they were the principal earner, with other residents only paying €21 a week. She said tenants knew that they must notify the council of any change in circumstances, including an increase in income.

It would be “inappropriate” not to pursue these higher-earning households she said “when you think that 40 per cent of tenants pay on time” many of whom were on “the lowest incomes”.

1 Dublin farmer discovers overnight rave on his land
2 Coronavirus: 188 new cases and no further deaths amid concern over eight counties
3 Varadkar notes ‘strong solidarity’ from EU ministers on Irish Brexit concerns
4 The far right rises: Its growth as a political force in Ireland
5 Safer to meet ‘200 friends in a field’ than 20 indoors, says expert
Real news has value SUBSCRIBE