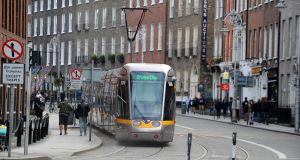 Dublin City Council has rejected a request from a cafe bar and restaurant proposed for Harcourt Street to lift a restriction on its opening hours, citing an overconcentration of late-night venues in the area.

The council refused an application from Gambetta, the developer of the proposed venue on the corner of Harcourt Street and Montague Street, to alter a condition imposed by An Bord Pleanála that would limit its opening hours to 8am-11pm.

Gambetta is owned by Don and Catherine Arnold, who also operate the Nurse on Call nursing agency.

The company said it planned to open part of the building in the morning for breakfast/cafe trade.

The remainder would open in the afternoon and provide an after-work food and drink offering in the evening.

The venue would at night serve as an alternative to “the typical ‘club’ scene”, providing casual food and music.

The council said lifting the restriction would allow the venue to be operated as a nightclub or late bar and restaurant, which would “result in an overconcentration of such land uses on Harcourt Street”.

Planners said there was already an overconcentration of late venues on Harcourt Street including Copper Face Jacks, Dicey’s and Ohana.

“It is envisioned that a late-night entertainment venue of this scale is likely to add to the substantial noise pollution from patrons entering and exiting premises in the immediate area,” the council said.