Ireland among worst in Europe for childcare and homecare support 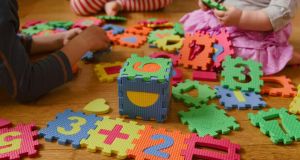 Spain was found to have the highest level of unmet childcare needs followed by the UK, Greece and Ireland. Photograph: iStock

Ireland’s record of childcare supports and the provision of homecare services to people with an illness or disability is one of the worst in Europe, according to new research.

The ESRI report, which examined families with children up to age 12, found unmet childcare needs were more common in countries with “less generous welfare states”, while the high cost of care for children was a major barrier in many countries. It noted that countries with “universal services, or a strong welfare state, provide greater access to care overall, and greater access for vulnerable social risk and social class groups”.

Spain was found to have the highest level of unmet childcare needs followed by the UK, Greece and Ireland. Greece had the worst record for homecare support with Italy and Ireland coming in second place.

Families with unmet childcare were found to be more likely to be living in poverty while mothers struggling to secure care were less likely to be employed, according to the ESRI.

An examination of the needs of households where a member has an illness or disability found countries with a strong welfare system were less likely to have unmet homecare needs and nations with means tested services offered less children and homecare coverage.

People in Ireland were four times less likely than Swedish households to have their homecare needs met while just four out of ten Irish people over 65 in need of help received support, compared to 80 per cent of older people in Denmark.

The study noted more than half of families in Denmark with a person in need of support received home care compared to less than a quarter of Irish households. In Greece, just 10 per cent of households received adequate homecare.

Author of the report Bertrand Maitre underlined the ongoing issues around the high cost of childcare in this country and the need to improve homecare options.. “The provision of these services constitutes a vital component of social policies to enhance quality of life, support employment and tackle poverty and social exclusion. “