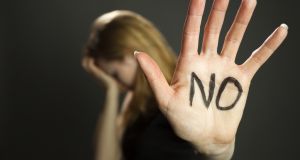 The prevalence of sexual violence varied between sexes with one in five women reporting being raped, compared with one in 10 men. Photograph: iStock

The true number of people who experience sexual violence in Ireland is likely to be “considerably higher” than studies show due to a difficulty in defining experiences, academics have said.

A recent study by Trinity College Dublin and Maynooth University found that 49 per cent of women and 19 per cent of men reported being sexually assaulted or harassed throughout their lifetime.

The prevalence of sexual violence varied between sexes with one in five women reporting being raped, compared with one in 10 men.

However, Dr Caroline West, a sex educator and host of the Glow West podcast, believes the true figures are higher than reported as victims of this violence struggle to label incidents as sexual assault.

“The true scale is hard to put a number on. Some people may not realise that what has happened to them is assault because that definition of rape is penetration,” she said.

“I’ve had my own experiences of that where I haven’t named something as sexual assault because I wasn’t held down or I wasn’t penetrated, but what happened was definitely sexual assault.”

Dr West, who worked in social care for 22 years, also highlighted that the study did not include individuals living in institutions, which she believes skewed the figures downward. This was a limitation of the study that the authors also acknowledged.

“[It doesn’t feature] people who are disabled. Or people like sex workers, or people in care homes and homeless centres,” she said. “I was disappointed to see in the report that it was only male and female because, of course, trans people and non-binary people are also at high risk of sexual assault as well.”

Prof Hannah Mc Gee, from the Royal College of Surgeons in Ireland and one of the authors of the 2002 Sexual Abuse and Violence in Ireland (Savi) report, said there is “always somewhat of an underestimate” in these studies.

“I think that all the things that would influence how the numbers are reported are likely to result in underreporting. There are people who probably at a psychological level don’t want to admit something to themselves. That’s their coping mechanism: saying it didn’t really happen or it wasn’t forced,” she explained.

“Then there are other situations in which someone describes something to you and me and we might decide that fits the definition of sexual violence, but that’s not the terminology they would use.”

Prof McGee added that it was “disheartening to see the lack of progress” since the publication of Savi.

“Sadly there’s no evidence of improvement. There’s a resigned acceptance that this is how it is and that’s a challenge. We need to start to think why are we accepting this and what are we going to do to fix it,” she said.