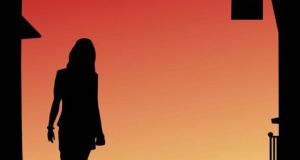 The report highlighted the case of a teenager who was coerced into prostitution by her mother and marketed on an “escort” website to appear like a child. File photograph: Getty Images

A teenager, coerced into prostitution by her mother and marketed on an “escort” website to appear like a child, is among the cases highlighted in a landmark report on prostitution, published on Thursday.

Titled Shifting The Burden of Criminality and conducted by the Sexual Exploitation Research Programme in UCD, the report analyses the commercial sex industry against the backdrop of a review of the 2017 Criminal Law (Sexual Offences) Act, which criminalises the purchase of sex.

The report details “endemic violence” experienced by women and the abusive demands of buyers, highlighting backgrounds marked by poverty and trauma. It concludes the 2017 legislation has had made a “very promising” start in interrupting the demand for sex-for-sale in Ireland.

Underlining the extreme vulnerability of some of the younger women, the report says some have been coerced by family members.

In one case a young Romanian woman was removed from a brothel and brought a support service. Pictures of her on an “escort” website showed her wearing knickers with a flowers pattern and a trainer bra.

The service’s manager told researchers: “She was really skinny and really small. She was 18 and 3 months when they went in… but the ad was very much [made] to look like a kid. And the language… you know the way they have the coded language… ‘new in town’… ‘fresh’... to imply she was very young.”

The service supported her for the weekend. “But when she got her phone phone back on the Monday she had about 50 missed calls from her mother. And she got upset, obviously... She rang her mum and her mum said, ‘You get back to that brothel, little bitch.’ And I had to drop her back to the brothel...”

Interviews were carried for the report with gardaí and support groups including Ruhama and the HSE’s Women’s Health Service (WHS). No women who identify freely as “sex workers” were interviewed.

Both Ruhama and WHS support women from about 40 countries including Brazil, Romania, Hungary, Ireland and Nigeria. Most of the African women were victims of trafficking.

The report says the majority of women accessing these services had lived in poverty as children and/or adults, a significant proportion experienced childhood abuse and neglect, and some grew up with and/or experienced domestic violence.

Violence and abuse are “recurrent” themes in the women’s lives. A service manager said women recounted “verbal abuse, physical assault, coerced sexual acts, rape and sexual assault”. There are “disgusting” and “weird” requests made of them.

There are “punters”, said one, “who want to be babies and simulate sexual abuse” or to urinate on the women.

It can only be concluded, says the report “that this highly exploitative trade cannot be permitted to persist or expand”.

The legislation, where women in the industry are not criminalised and the buyers are, has had a positive impact. The report calls, however, for “clarity and guidance” in distinguishing between brothel keeping/organising – which remains illegal, and individuals who are working together in an apartment for safety.

It calls for “enhanced resourcing of specialist” organisations like Ruhama and the statutory WHS, and for greater supports for women exiting the industry.