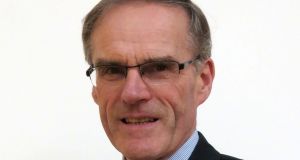 Rev Noble McNeely: served in the Antrim congregation of First Ballymoney for 13 years

The new Presbyterian moderator will be Rev Noble McNeely (63) of the First Holywood Presbyterian Church in Co Down. He was nominated by 10 of the church’s 19 presbyteries in Ireland when they met to elect a successor to Rev Dr Frank Sellar.

Known as the moderator-designate until June, Rev McNeely will officially be elected and installed as moderator of the General Assembly of the Presbyterian Church in Ireland at the start of the general assembly in Belfast on June 5th.

Born in Belfast, he was brought up in Crossgar, Co Down. He studied at the church’s Union Theological College and graduated with a bachelor of divinity in 1981.

He was ordained assistant minister at Belfast’s Fisherwick Presbyterian Church in 1982, before being called to the Antrim congregation of First Ballymoney in 1984 where he served for 13 years.

Married to Florence, who is a physiotherapist, they have three adult children. In 1997, the family moved back to Co Down when he became minister of First Holywood.