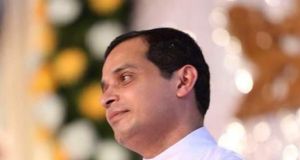 A Catholic diocese in Canada has cancelled a retreat to be given there next month by Indian priest Fr Dominic Valanmanal who has been preaching that an increased incidence of autism and hyperactivity in children is due to their parents’ lifestyle.

Earlier this month Catholic Archbishop of Dublin Diarmuid Martin said an invitation to the priest to lead a retreat in Ireland should be withdrawn.

A spokeswoman for Archbishop Martin, who has jurisdiction over the church in the Dublin archdiocese, said he had been in contact with the Syro-Malabar community “and told them that Fr Dominic Valanmahal should not be invited here.”

In Ireland members of the church worship at Dublin centres in Tallaght, Lucan, Blanchardstown, Phibsborough, Inchicore, Bray, Blackrock, Swords, and Beaumont. Fr Valanmahal had been invited to conduct a retreat at the Syro Malabar Catholic Church in Tallaght on October 26th, 27th and 28th next.

Last week the Catholic diocese of Calgary in Canada cancelled a retreat to be given there by the priest on July 23rd and 24th next.

From the diocese of Kanjirapally in Kerala, Fr Valanmahal has also claimed to have “cured” two autistic children, in Dublin and Limerick, on previous visits to Ireland.

In a YouTube video, previously published by The Irish Times, Fr Valanmanal speaks in Malayalam, a language spoken by people from Kerala, but translated to English for this newspaper.

CBC (Canadian Broadcasting Corporation) News independently verified the English translation of the priest’s sermons on YouTube and sent them to Calgary’s Catholic diocese for a response.

In a reply last Thursday, the diocese said Fr Valanmanal’s comments about autism “did not reflect the pastoral care and concern that the church has toward children and adults living with autism and their families.”

It said, “we regret any offence, and we renew our support for people living with autism, their families, and caregivers.”

Minister of State at the Department of Justice and Equality David Stanton said it would not be appropriate for him to comments on individual cases when asked whether Fr Valanmanal should be admitted to Ireland.

He pointed out that, in general, entry to the State is a matter for an immigration officer and that a person may be refused entry on grounds set out in Immigration Act of 2004.

That act allows for refusal to enter Ireland to those whose presence would not be “conducive to the public good” or “contrary to public policy.”

A petition by members of the Syro-Malabar community in Ireland calling on Minister for Justice Charlie Flanagan to have Fr Valanmahal banned from entering the State has been signed by 2,737 people to date. It is aiming for 5,000.