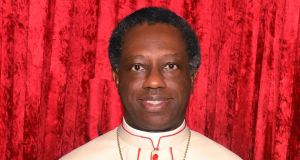 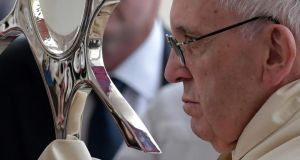 Pope Francis has appointed Archbishop Jude Thaddeus Okolo (60) as the apostolic nuncio to Ireland, the first African priest to hold the role.

The apostolic nuncio is the papacy’s diplomatic representative in Ireland.

The news was welcomed by Archbishop of Armagh Eamon Martin, who said he wished him “many blessings in his new role”.

“Archbishop Okolo’s rich experience in the diplomatic service of the Holy See means that he brings many gifts to bear on his new mission in Ireland,” he said.

Dr Okolo will take up the role during the summer, and replaces outgoing papal nuncio Charles Brown, who finished his term in March and is moving to Albania to take up a new diplomatic post.

Dr Okolo is from Kano in Nigeria, where he entered the priesthood in 1983.

He formerly served as an apostolic nuncio to the Central African Republic and Chad in 2008, and then as the pope’s diplomatic representative to the Dominican Republic in 2013.

Before becoming an apostolic nuncio, he had worked in the diplomatic service of the Holy See, where he was stationed in Sri Lanka, before going on to be a pontifical representative in Hati, Switzerland, the Czech Republic, Australia and the Antilles.