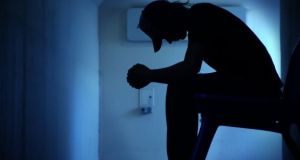 Over 460 young people were interviewed, aged 17-25. And it was found that 60% had experienced inter-parental psychological abuse. File photograph: Getty Images

Children are more damaged by exposure to psychological abuse between parents than witnessing physical violence between them, according to groundbreaking research published today.

The study, from the University of Limerick, finds that children are impacted adversely when there is abuse in the home but psychological abuse has a longer-lasting adverse impact.

Catherine Naughton of the university’s department of psychology interviewed 464 young people, aged 17-25, who were attending university and found while 20 per cent had grown up in homes where physical violence was perpetrated by one parent on the other, 60 per cent had experienced inter-parental psychological abuse.

Ms Naughton’s research is pioneering as it looks at the impact of psychological abuse separated from physical abuse, where both are present, and compares their impact. Previously, research has looked at the impact of one or the other.

“Of course if you look at exposure to just physical abuse there is a negative impact on the children’s wellbeing.

The long-term impacts on children seeing one parent being psychologically cruel to the other include anxiety, low mood and low social functioning.

Asked why the psychological abuse might be more damaging, Ms Naughton said it could be that while children could clearly see and understand the wrong being done when one adult hit, punched or kicked another, psychological abuse was more difficult for a child to make sense of.

This was confusing and destabilising for a child, and made it often more difficult to seek support.

“When children were exposed to physical violence in the home as well as psychological domestic abuse, they were more likely to be happier with the social support they were able to access. Psychological domestic abuse when it occurred alone seems to be the most damaging, perhaps because people are unable to recognise and speak out about it,” she said.

“It is more complicated but that doesn’t mean we should ignore it,” she said.