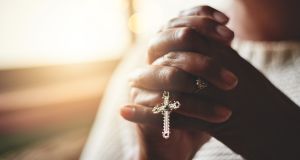 A majority of the over 50s reported religion as important to them. Photograph: iStock

Regular attendance at religious services is associated with lower depressive symptoms in older Irish people, a new study has found.

Such religious attendance was also related to having a bigger social network which, in turn, had a positive effect on the mental health of this cohort of the population, it found.

The new study, findings of which were released today by the Irish Longitudinal Study on Ageing (TILDA) at Trinity College Dublin, took place from 2010 to 2016 and involved more than 6,000 adults aged more than 50. It uncovers relationships between faith and mental health in Ireland.

It also found that a majority of over 50s in Ireland attend religious services regularly, but that those who said religion was very important to them but who did not attend very frequently had worse mental health than those who did.

A majority of the over 50s reported religion as important to them, 86 per cent for women and 76 per cent for men, while both men and women who attended religious services regularly had lower depressive symptoms.

The study also found that over the period from January 2010 to December 2016 religious attendance declined slightly for both men and women, from 91 per cent to 89 per cent where women are concerned, and from 89 per cent to 87 involving men.

It also found that men for whom religion was important but who did not attend services regularly had higher depressive symptoms than women in the same category, and that the size of an individual’s social network accounted for at least part of the relationship between attending religious services and lower depressive symptoms.

Prof Rose Anne Kenny, principal investigator at TILDA, said: “The importance of continued social engagement and social participation as we age is well established and has been associated with improved health and wellbeing and lower mortality.

“If religious attendance facilitates older people to maintain a larger social circle with continued social engagement, alternative ways to socialise will be necessary as we develop into a more secular society.”

The new TILDA study is published in the peer-reviewed journal Research on Aging.