Thinking Anew: Faith and the challenge of mortality 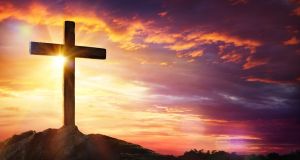 “A wise man recently said to me that the disciples experienced a risen Christ and that’s good enough for him.” Photograph: RomoloTavani/iStock

My mother died in 1988. I can still vividly remember the morning my father and I received the call from the hospital. It was early, sometime close to 6am, on a grimmer day than any I’d previously known. Losing a mother is a tragedy and traumatic experience. I know. Leaving the hospital later, I recall saying to myself if some people could avoid death I would be greatly annoyed at the death of my mother. But death is a reality that no one escapes.

Strange how we avoid at all costs saying the “death word”, speak or write the word. These days people don’t die, instead they pass, pass on, pass away. Are we afraid to face reality in the eye? Are all these calculated attempts to ameliorate the reality? There is no better or more perfect verb to use than to say that “we die”. On the other hand, might it be that those terms imply there is a passing on to another world? But is that not odd in a time when many people believe that there is no life after death?

And after death? I’m inclined to reply: who knows? But any time I visit the grave of my parents I find myself saying out loud that they are not annihilated, they are not gone. As a Christian I believe that in some way, far beyond my understanding or comprehension, they are alive with God.

Can the sum of our earthly lives end in death? Surely not?

In the first reading in tomorrow’s liturgy (Ecclesiastes 1: 2; 2: 21-23) the author writes: “Vanity of vanities, the Preacher says. Vanity of vanities. All is vanity!” And he goes on to explain that placing worth in our creations is nothing else but vanity.

And then in the Gospel (Luke 12: 13-21) we read about the rich man, who stores up treasure for himself and then God says to him: “Fool! This very night the demand will be made for your soul; and this hoard of yours, whose will it be then?”

Three years ago this month, I began working as a hospital chaplain. I have written here previously about my experience in the job. It has been a life-changing gift. Every day I am confronted with the wonder of life, the mystery of living and dying, and all the time I am pushed to ask myself about the purpose, the fragility, and sometimes the apparent meaninglessness of our lives. Death is the great leveller, and no one avoids it. Every Saturday this newspaper carries obituaries of deceased people, who have been in the public eye, people who have gone that extra mile for the good of the community. Sometimes too, it carries the obituaries of people who have caused harm and pain. Now they are dead.

We all grapple with the reality of death. We enunciate words in attempt to capture the moment. In Shakespeare’s Julius Caesar, Mark Antony at the funeral oration of the emperor Caesar says: “The evil that men do lives after them; the good is oft interred with their bones.”

It is a quotation often used. Again, it tells us something about death, about life too, but anything we ever say is never the full story. Indeed, it’s also true to say that the good too lives on after the death of people.

But as Christians we believe that dying, “this shuffling off the mortal coil” as Shakespeare’s Hamlet puts it, is not the end. It is an extraordinary sentiment to express. But everything about living and dying is extraordinary. Resurrection is too. But we believe. It’s challenging, exciting, it’s being ecstatically hopeful to talk and think about life after death. To try to give it any parameters or classifications will immediately limit it, indeed making it our own creation. We need to appreciate that we cannot fully understand what death means.

We do believe that Christ rose from the dead and that we are to share that resurrection with him. A wise man recently said to me that the disciples experienced a risen Christ and that’s good enough for him. His words of wisdom help me in my grappling with my faith in resurrection.

At the core of the Christian message is our belief in suffering and death and then glorious resurrection. Alleluia.