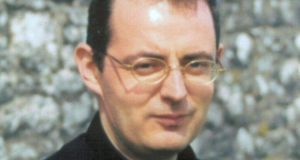 Cork man Msgr Joseph Murphy has been appointed head of the protocol office at the Vatican’s Secretariat of State in Rome.

The office deals with relations with the Diplomatic Corps accredited to the Holy See and requests for audiences with the Pope.

Born in 1968 and from Donoughmore in Co Cork, Msgr Murphy, a priest of the Cloyne diocese, was ordained in 1993 following studies at St Colman’s in Fermoy, Maynooth, the Irish and French Colleges, and the Gregorian University in Rome.

After ordination he studied for a doctorate in Sacred Theology at the Gregorian.

In 1997 he entered the service of the Holy See, becoming an official of the Secretariat of State. In 2002 he was appointed private secretary to Cardinal Angelo Sodano, then Vatican secretary of state. With his appointment as chaplain to the Pope in 2003 he became a monsignor.

In 2006, he was transferred to the relations with states section of the Secretariat of State. He speaks English, French, Italian and Irish.

In his new role he replaces Msgr Jose Bettencourt, now Archbishop, who was appointed papal nuncio to Georgia and Armenia earlier this month.

Welcoming the news, Bishop of Cloyne William Crean said it was “a great personal honour for Monsignor Joe, and his family, the laity and clergy of the Diocese of Cloyne, [who] can take great delight in his new appointment.”

He invited “the faithful to join with me in prayer for God’s blessing on Monsignor Joe’s work in the service of the Holy See and the universal Church.”