People are ‘rejecting [traditional] doctrines as childish fantasies and walking away’ 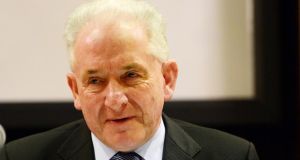 Fr Tony Flannery: “How many of us really believe in the nativity stories and the virgin birth, and that Mary remained a virgin all her life?” Photograph: Alan Betson

Redemptorist priest Fr Tony Flannery has questioned traditional Catholic Church teachings on God, Mary and the Trinity, which he said, “no longer make sense to the modern mind, and are being quietly rejected even by people who still attend church”.

Some of these doctrines, he said, “are not scripture based” and come from “a time when there was a very different understanding of the world and of humanity”.

Fr Flannery, a founder-member of the Association of Catholic Priests, said science has greatly influenced “the way we look at ourselves and the universe, and church doctrine has not adapted to this”.

In 2012, the Vatican banned Fr Flannery from public ministry for expressing his more liberal views on priesthood, women priests, homosexuality and contraception.

On his website he wrote “the traditional understanding of God in Catholic teaching is of a male individual, resident in the heavenly realm in the skies, a dwelling we are told we will attain to if we live well and keep the commandments”.

There were “a whole range of problems with this understanding of God and his relationship with us, not least being the notion of God as male”.

Science revealed that “creation was not just an event of ancient history, but is an ongoing reality”, he said.

So “it makes more sense to many to view God as the spirit/energy/consciousness/presence in the whole of creation; a being that is in, and with all, aspects of creation including all humanity”, he said.

Church doctrine taught that “the sin of our first parents broke the connection between humans and God, that God was angry with humanity, and that the gates of heaven were closed against them”.

It taught that God decreed that Jesus “would have to die a horrible death in order to appease his anger and open the gates of heaven again”. It painted “a picture of a horrible God, vindictive and tyrannical.

“We now know that humans inhabited this earth for many thousands of years before Jesus. Are we to believe that all those people were shut off from any relationship with God and denied heaven, and that they had to wait in some limbo state for Jesus to come and rescue them?” he asked.

There was “no indication in the Gospels that this was Jesus’s understanding of his mission”. Jesus saw his task as creating “a way of living and relating that would create a world of peace and love, not just in a heavenly existence, but here and now in this world”.

On the Trinity, Fr Flannery said “we are told to believe in a three person God dwelling in heaven – Father, Son and Holy Spirit – predominantly, if not exclusively, male. Along with being a futile exercise, trying to explain God and, worse still, making it a doctrine of the church, was a big mistake.”

He felt however that “maybe the most problematic area of all Catholic doctrine is the teaching on Mary”. He wondered “how many of us really believe in the nativity stories and the virgin birth, and that Mary remained a virgin all her life and had no other children?”

People, he said, were “rejecting these doctrines as childish fantasies, and walking away from it all”.