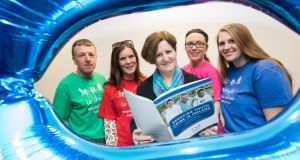 Young people who have become involved in crime are 28 per cent less likely to reoffend if involved in a mentoring programme, a new report has found.

Mentoring involves a one-to-one relationship-based support service in which volunteers from local communities act as a positive role model to a young person through advice and support.

An independent report commissioned by Le Chéile, a mentoring and youth justice support service, found that mentoring has “significant positive impacts” for young people over a range of areas.

The report also shows that for every €1 spent on the programme, €4.35 is returned in social and economic benefits. This includes benefits such as avoiding detention, better health, and engagement in education.

The report recommends building capacity to deliver mentoring to greater numbers, as well as looking at the possibility of introducing “early intervention” mentoring before young people become invovled in crime.

“The relationship between a trained and skilled mentor and a young person can play a crucial part in helping a young person on probation to turn their life around and stay out of the criminal justice system,” he said.

“We are delighted to see the evaluation quantify for the first time the positive impacts on soft skills areas such as communication skills and self-confidence, which are fundamental skills to empower our young people to progress to a better future,” she said.

“We are indebted to the support we get from the Probation Service but, ultimately, we are most indebted to our mentors for not just the time they give but the sensitive way they go about their work.

“In many cases they are the first adults to give this type of one-to-one support to these teenagers. We know from mentors that they, too, get a reward from participating in the programme in that they are making a very significant contribution to society.”

The Reducing Youth Crime in Ireland report is based on a detailed evaluation of the Le Chéile volunteer mentoring programme and its activities over the period 2013-2015.

In 2015, it mentored 152 young people aged 12 to 21 as well as 49 parent mentees, with volunteers giving 3,678 hours of their personal time to the young people and their parents.