Bible accounts of resurrection may be wrong - ‘silenced’ priest 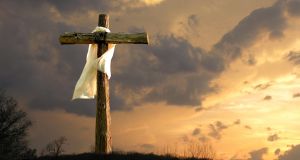 The resurrection of Jesus may not have happened exactly as described in the Bible, Redemptorist priest Fr Tony Flannery has said.

He has also described as “not very helpful” efforts by the Catholic Church down the centuries to explain how Jesus is present in the Eucharist.

A founder-member of the Association of Catholic Priests (ACP), Fr Flannery was “silenced”, or removed from public ministry, by the Vatican in 2012 for liberal views he expressed on priesthood, women priests, homosexuality and contraception.

In his latest posting on www.tonyflannery.com, he says that, following publicity about his views on traditional Catholic teaching last week, he was asked what he thought of the consecration and whether the resurrection of Jesus was another myth.

Fr Flannery replied: “The resurrection of Jesus is fundamental to our faith, but that does not mean it happened exactly as it is described in the various biblical accounts. What it does tell us is that, after the desolation of Jesus followers as a result of his death, they gradually began to realise that in a mysterious, but very real, way he was still with them.

“In other words, maybe their experience of the reality of Jesus in their lives wasn’t that different to how we can also experience him in our own lives, and in our communities when we gather to pray and celebrate. The detail of how this happened doesn’t really matter very much.

“What matters is that they knew Jesus was with them, and that changed everything. For me, that is all I need to know about the reality of the resurrection.”

On the consecration, he said: “I don’t think all the efforts (and battles) down through the centuries about how exactly Jesus is present in the Eucharist have been very helpful. The doctrine tells us that when the priest speaks the words of consecration (This is my body; this is my blood) that Jesus becomes present in the bread and wine.”

Fr Flannery said he believed “Jesus is with us when we celebrate the Eucharist together, and there have been times when I have experienced his presence strongly”. This presence “is much more wonderful and powerful than the traditional teaching indicates. I believe he is not just present in the signs (bread and wine), but also in the gathered community, and in fact in each of us individually.

“So not only do we receive Jesus in the Eucharist, but we bring him with us to the gathering. We give and we take, and Jesus is in the giving and the taking.”

In his view “life and faith are deep mysteries, and we should try to enter into them with an open mind and heart, rather than try to explain and control them”.

“The big mistake the Church has made down through the centuries is that it has tried to tie down and explain for all time realities that are deeply mysterious and profound. Too much doctrine kills mystery.”