Case study: ‘I overdosed and was found laying on the street’ 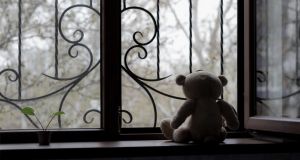 ‘I lived in constant fear until I reached the age of 12 then my old man left. Soon after my brother moved back home and he would beat me up every day. That was my childhood.’ File photograph: iStock

The following is an account from a now 22-year-old man who benefitted from a mentoring programme with Le Chéile, a youth justice support service, when he was in his late teens.

Mentoring involves a one-to-one relationship-based support service in which volunteers from local communities act as a positive role model to a young person who has been involved in crime through advice and support.

Growing up, everything was relatively normal until I reached first class. My old man became violent, he would beat up my mam and when my older brother and I would try to protect her, we would take a beating for getting in the way.

Once my older brother reached 12 he was put into foster care. I was left to fend for myself. I still tried to protect my mam but the beatings got worse. I lived in constant fear until I reached the age of 12 then my old man left.

Soon after my brother moved back home and he would beat me up every day. That was my childhood.

When I started secondary school, I wanted to be like my older brother so I started drinking and smoking and getting into scraps. Even still he would beat me up. I felt like I couldn’t do anything right and retreated into myself.

So, I decided to leave home. I spent most my time at a friend’s place getting drunk and high for about a year then I progressed on to heavier drugs.

One night I accidentally overdosed and was found laying on a street, I was rushed to hospital and was very lucky to survive. It was soon after that I went into a treatment centre.

When I got out, nothing had changed so I fell into the same habits. A year later I was in treatment again. When I got out, the majority of my friends had moved away. So I quit using drugs altogether and only drank on the weekends.

I relapsed a few times but had the best counsellor to help me get through it.

When I was 17, I went on to complete my leaving certificate. Then I advanced onto college but my grant was delayed and I fell behind on my rent so I ended up homeless and in debt, after a few weeks living rough, I moved back home to my mam’s place.

There I went onto study business but had to leave just before the exams so that I could draw the dole over the summer. I went on to college but couldn’t find a course I liked so I left.

At this stage I was a volunteer in a family resource centre for four years. It was there I completed courses in self awareness, assertiveness and counselling, as well as psychotherapy. I went on to study psychology and social sciences in college.

But I broke my foot playing football for the college team and had to drop out in late February. So, the following year, I repeated the course and I got seven distinctions and one merit.

I went on to study for a Bachelor of Arts in social studies. I successfully completed first year. However, I had a change of mind and I recently dropped out to move to the US. My plan is to work full time in the social sector.

I’m now 22 and I first became involved with Le Chéile through a recommendation from the courts. I was 18 at the time and felt I had my life in order. But, apparently not, as my probation bond was extended by a further year.

At this point I had been in court since the age of 14 on a monthly basis so the idea of a further year of probation really pissed me off.

I was strongly against being given a mentor. I thought it would’ve been more beneficial at a younger age. However, once I got to know Mick and saw he was a good man who was actually trying to help, I fully engaged with Le Cheile services.

A mentor is someone who is there to guide a young person and help them reach their full potential. We joined the Men’s Shed and I built a doll’s house for my little sister. We undertook guitar lessons. We studied counselling and psychotherapy.

Most of all we went out for a bite to eat and a good chat. It was nice to be able to speak to someone in a higher position without being looked down upon. I was able to run things by Mick, such as everyday troubles, hassle and stress.

We were able to laugh things over. As a result, we became good friends. As time passed, I found it to be a nice break from the stress caused by everyday life, such as work and college.

Mick was influential in that he was a true leader and the best role model which made him easy to get along with. I never had a role model in my life as my old man left when I was young and my older brother was in and out of foster care.

Friends are important to have, and I believe that I found a good friend in Mick.