Childcare services are facing a ‘staffing crisis’ due to low wages 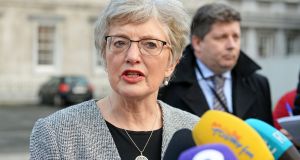 Childcare services say they are facing a staffing crisis as they are unable to retain staff due to low wages.

Professional childcare workers can earn less than €10 per hour with some staff on part-time contracts coming out with as little as €5,130 a year, a survey published last year found.

New research by Early Childhood Ireland shows the childcare sector is facing a staffing crisis with 86 per cent of crèches and preschools saying they were concerned about being able to recruit trained staff.

The childcare sector had a turnover rate of 28.4 per cent in the last 12 months.

The research shows 36 per cent of those who tried to recruit staff in the last 12 months were unable to find anyone suitable .

A total of 46 per cent of those that did manage to recruit had to settle for someone with lower qualifications than they initially wanted.

Overall, 49 per cent of childcare services were finding it difficult to retain staff with 57 per cent of respondents stating working in the sector was not financially viable.

Minister for Children Katherine Zappone recently promised an independent review of the cost of childcare.

The average Irish family spends 34 per cent of their household income on childcare, which is double the European average.

The new Single Affordable Childcare scheme will come into effect from September 2017.

The scheme included a new childcare subsidy of 50 cent per hour for children under the age of three (the equivalent to €20 a week for full-time care), as well as new supports, on a graduated basis, for families on low incomes.