Regulator calls for changes to law to compel reporting 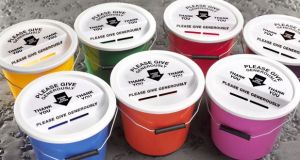 ‘Huge strides’ have been made in recent years by charities in increasing transparency, Liz Hughes, chief executive of the Charities Institute Ireland, said.

The Charities Regulator has said it is not satisfied with the practice of charities publishing abridged accounts.

The comments come following the publication earlier this week of the latest annual report from Benefacts, a non-governmental organisation that provides free access to information about the non-profit sector in Ireland.

It found that the finances of almost two thirds of Irish non-profit organisations are shrouded from scrutiny in spite of the sector receiving billions in State support.

In response to queries from The Irish Times, the regulator said it was not satisfied with the practice of publishing abridged accounts.

“The Charities Regulator is aware that some charities that are companies are availing of an exemption under the Companies Act, which permits them to publish abridged financial statements,” it said.

“The Charities Regulator’s view is that abridged accounts do not provide the level of transparency that is required of charities. The Charities Regulator therefore encourages charities to publish unabridged financial statements in the interests of promoting greater levels of public trust and confidence in the sector.”

The regulator said it had proposed amendments to the law to introduce regulations that would specify the “content required for charity accounts”, and which would apply to unincorporated charities, which are shielded from the public, as well as incorporated.

“The purpose of the proposed amendments is to ensure greater transparency in respect of the finances of charities,” it said.

“Once the Act is amended, the regulations can be made at which point the Charities Regulator will be in a position to publish the financial statements of charities, which are required to be submitted to it in accordance with the Act.”

The Benefacts report also analysed the boardrooms of non-profit organisations, and found they are mostly made up of older men, many of whom have served on them for almost a decade.

“The Charities Governance Code recognises the need for boards to be made up of diverse, informed, and committed charity trustees with a mix of skills, experience and backgrounds, that is refreshed on an ongoing basis,” it said.

“However, the code seeks to deal with board diversity in a way that recognises the significant challenges that charities, particularly smaller volunteer-only charities, face in attracting volunteers to their boards.”

Liz Hughes, chief executive of the Charities Institute Ireland, said “huge strides” have been made in recent years by charities in increasing transparency.

“We appreciate that more could be done, but many of our charities are small voluntary bodies with limited resources,” she said.

Deirdre Garvey, chief executive of the Wheel, the largest network of community and voluntary organisations, charities and social enterprises in the State, said all charities “should aim at maximising transparency in their financial and activity reporting”.

“It is disappointing if the number of charities publishing abridged accounts is increasing,” she said. “The Wheel has been calling for years for the establishment of a financial reporting standard for charities.

“In the absence of this, there is no formal statutory requirement and this can cause confusion about what charities should be doing in their financial reporting.

“Charities may, for example, be receiving advice on producing abridged accounts from professional auditors unfamiliar with the need for charities to be transparent in their financial reporting.”