Poverty in Ireland: Over 140,000 children in cold, damp homes 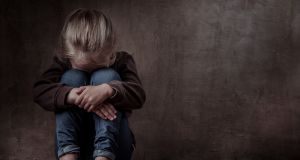 Growing up in the Cold: Children in the private-rented sector twice as likely to experience energy poverty as those in owner-occupied homes. File photograph: Getty

More than 140,000 children are living in homes that are cold and damp, according to a report published on Tuesday.

The Growing Up in the Cold dispatch from the Society of St Vincent de Paul draws on Central Statistics Office data published recently in the EU Survey of Income and Living Conditions and the Growing Up in Ireland study. It finds that 12.3 per cent of Irish children are living in fuel poverty and that in 2018 more than 10 per cent of one-parent households could not afford to heat their home adequately. It further reveals that one in five one-parent families was living in substandard accommodation and 11 per cent of households with children were in arrears on utility bills.

Children living in the private-rented sector were twice as likely to experience energy poverty as children in owner-occupied homes.

An home with inadequate heating is linked to elevated risk of asthma and more frequent resort to antibiotics for young children. These risks are distinct from the hazards of poor health associated with low income and deprivation more generally.

Dr Tricia Keilthy, head of social justice with the society, said the report showed children were among those at greatest risk of fuel poverty.

“Growing up in a cold home has a distinct negative impact on a child’s health. The findings suggest that policy levers to alleviate energy poverty and improve the quality of the housing stock will lead to significant health benefits and a reduction in health expenditure in the future,” she said.

How the poor live

The charity’s national president, Kieran Stafford, said: “Over the next few weeks and months SVP will be visiting families who dread wintertime because they find it impossible to heat their homes. Our volunteers will meet families trying to cut down on bills by living in one room of the house during the winter months.

“Others will be sitting in the cold and dark because they have nothing left at the end of the week to top up their pre-pay meter.”

The report recommends a deep retrofit programme of local authority housing, minimum energy efficiency standards for the private rental sector with a target and a pilot of community energy advisors throughout the country.