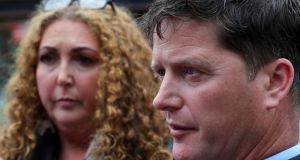 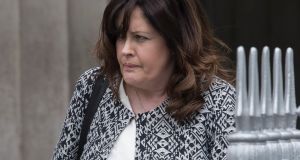 The family of a young woman seriously injured in the same incident in which Garda Tony Golden was murdered in 2015 are “surprised” at the level of questioning they faced at Garda Golden’s inquest on Monday.

Seán Phillips, father of Siobhán Phillips, who was shot in the face by her partner Adrian Crevan Mackin, said the family was happy the inquest went ahead in Dundalk but had now called for Mackin’s inquest to be postponed.

He has reiterated his call for a “full public inquiry” into the incident in Omeath, Co Louth on October 11th, 2015 and has called for his family’s “full participation” in Mackin’s inquest. It was due to take place on May 29th but coroner Ronan Maguire has agreed to postpone it.

“It won’t be heard on May 29th now. I will be meeting the solicitors for the interested parties in the next week to discuss the parameters of the inquest,” Mr Maguire told The Irish Times.

Mr McGuill put it to Mr Phillips, who was on the stand for more than two hours, that he had been repeatedly setting out scenarios about the incident that were “untrue” and very hurtful to Garda Golden’s colleagues and his family.

He has raised questions about why a statement was not taken from his daughter when she had been seriously assaulted, and raised the possibility that there was a reluctance because Mackin was a Garda informer

Garda Golden was shot five times by Mackin when he accompanied Ms Phillips to their home in Omeath to retrieve her belongings. She had endured a severe beating two nights before, over an eight-hour period.

When Mr Phillips brought his daughter to Dundalk Garda Station the day after the assault to make a statement, the inquest heard that they were advised she should seek medical attention before making any statement.

Mr Phillips said he found this “baffling” at the time as he had expected Mackin to be taken into custody as he was at the time on bail on a charge of membership of a dissident republican organisation.

He has raised questions about why a statement was not taken from his daughter when she had been seriously assaulted, and raised the possibility that there was a reluctance because Mackin was a Garda informer.

Mr McGuill told the inquest Ms Phillips knew Mackin had access to guns and yet returned to the house with Garda Golden.

Mr Phillips is calling for Mackin’s inquest to comply with Articles 2,3 and 8 of the European Convention on Human Rights – covering the right to life, the right to be protected from torture and the right to privacy, and asked that his family have the right to receive disclosure, question witnesses, suggest themes and lines of inquiry and have wider issues examined.

He said last night: “We are not afraid of the truth. That is all we want and it’s what we need. Norma and I are of the firm belief that any such inquest must be Article 2 compliant and the truth can only be achieved by both an Article 2 compliant inquest and a public inquiry.”