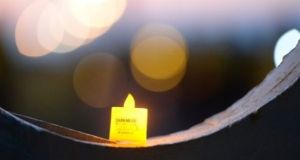 There were 421 deaths by suicide last year of which 317 were among males and 104 among females.

The number of women dying by suicide increased by almost 50 per cent last year compared with 2018, new figures show.

The data from a Central Statistics Office (CSO) report published on Friday shows 104 females died by suicide in 2019, compared with 70 the year before - an increase of 48.5 per cent.

The figures are contained in the CSO’s vital statistics report for 2019, which shows the number of births has fallen by over 20 per cent in a decade, while the number of deaths has increased by almost eight per cent.

The average age of first-time mothers continues to increase. It was 31.3 years last year, up 0.2 years since 2018.

And while the number of births outside marriage or civil partnership has fallen since 2009, from 24,728 to 22,772, as a proportion of all births they have increased significantly, from 33 per cent to 38.1 per cent.

Of these 22,772 births outside marriage last year, 59.4 per cent were to co-habiting couples, indicating a significant number being born to lone mothers.

As in previous years, the highest proportion of births outside marriage were in Limerick, and the fewest were in Dun Laoghaire-Rathdown.

There were 17 homicides last year, according to the CSO, including one of a child aged between one and four, three of young people aged between 15 and 24. The highest number was among 25- to 34-year-olds, where there were five.