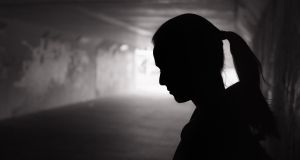 Charities welcomed the overall decline in the past year though noted the increase of 59 children and 22 adults since September with caution. File photograph: Getty

The number of homeless, single adults in Dublin has surpassed 3,000 for the first time since records began in their current format in late 2015.

The latest figures from the Department of Housing show for the week of October 19th to 25th a total of 8,737 people were in emergency accommodation nationally, including 2,642 children, compared with 8,656, including 2,583 children, in September.

Though overall numbers have been falling since March – as family numbers declined due to successes exiting homelessness as more rental properties became available – destitution among single adults has remained high.

The new data show 4,495 single adults (without child dependents) were classified as homeless countrywide – 3,051 of these in Dublin.

The previous month 4,452 adults were registered homeless – 2,994 in the capital. In Dublin, where the figure has climbed steadily for five months, the previous high was in March when there were 2,906 single adults homeless in the city.

These figures do not include people sleeping rough and come as the number of deaths among homeless people in Dublin approaches 60 so far this year.

Sinn Féin spokesman on housing Eoin Ó Broin described the figures as “deeply concerning” saying they underlined the scale of the crisis for single people who cannot access housing.

“We need to see far greater urgency and ambition in the delivery of Housing First [a scheme that moves people straight from homelessness into secure housing, with wrap-around supports]. The ambition is for 2,00 a year. We need multiples of that across the country.”

A spokesman for Minister for Housing Darragh O’Brien said the Minister acknowledged numbers enduring homelessness were “simply too high”.

“In particular, he recognises the growing number of single adults in emergency accommodation and wants to see a greater emphasis on the delivering one-bedroom social homes . . . The programme for government commits to expanding the Housing First approach with a focus on the construction and acquisition of one-bed homes and the provision of relevant supporting services.”

Charities welcomed the overall decline in the past year though noted the increase of 59 children and 22 adults since September with caution.

“Our hope is that this is blip rather than the start of an upward trend. Overall, the number of people in homelessness this year is down significantly on last year and we are hopeful that the figures for November and December will show further decreases as more houses come on stream.”

The chief executive of Inner City Helping Homeless, Anthony Flynn, called for an extension to the ban on evictions. “We need to analyse the trends in terms of homeless entries, with 13 families becoming homeless for the first time from the private rental market in August in Dublin. There are grave concerns about the return to monthly increases that need to be immediately addressed.”

Focus Ireland is concerned measures to protect renters are difficult to interpret. These include the ban on evictions due to Covid-19 related rent-arrears remaining in place until April 2021, while tenants may still be evicted if a landlord is selling a property or moving family in.

“A more comprehensive and easily understood ban is required to fully protect all people who rent their homes during this pandemic,” said chief executive Pat Dennigan. “This would also allow greater protection where the public health threat remains very serious, but the travel restriction has been eased.”