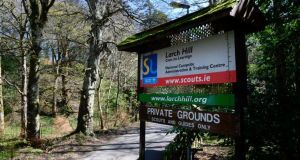 An independent barrister’s report has made multiple findings against several senior Scouting Ireland volunteers, over inappropriate actions in the handling of a rape allegation concerning two young adult volunteers.

The four senior volunteers stepped aside last year pending the inquiry, which has now made multiple findings against all respondents.

The four volunteers are chief scout Christy McCann, chief commissioners David Shalloo and Thérèse Bermingham, and former national secretary Ollie Kehoe. The individuals were the four most senior officers in the youth organisation, at the time the rape allegation was being examined.

The rape allegation relates to an incident in 2009 concerning an 18-year-old female leader and a male adult leader, which she reported to Scouting Ireland in late 2015. The male leader’s suspension from Scouting Ireland was lifted in early 2017, when the Director of Public Prosecution decided no prosecution be taken.

A previous report by safeguarding expert Ian Elliott found the handling of the rape claim was “deeply flawed”, criticising the actions of the four officers. The subsequent nine-month inquiry by Ms Lynch interviewed 14 individuals, including the four respondents.

The report said Mr Shalloo had a conflict of interest in the case, as he was “good friends” with the subject of the allegation. As a result it was not appropriate that he intervened during a child-protection management team (CPMT) conference call in July 2016, while the case was under discussion. The report said Mr Shalloo stated the allegation should not be a matter for the CPMT, as “it was none of their business and it involved individuals who were over 18”.

The CPMT, who oversaw safeguarding cases, voted to bring the case to the organisation’s board. However, Ms Bermingham “refused to bring the matter to the board despite the majority vote”, which the report criticised as inappropriate.

The report was critical that while the accused was still suspended from the organisation, Mr Shalloo arranged for chief scout Christy McCann to meet the individual. The January 2017 meeting discussed the individual’s case, and his concerns at how it was being handled.

The report found Mr McCann did not act appropriately by attending the meeting, and by later failing to disclose the meeting to the board.

The report found Mr Kehoe failed to disclose notes of a meeting he had with the subject of the complaint in February 2017, despite requests to do so from the board.

Mr Elliott’s report was critical that Mr Kehoe could not produce notes from the key meeting. However, Ms Lynch said during an interview Mr Kehoe “easily located” the notes in a diary.

Ms Lynch said “I do not find it credible” that Mr Kehoe had looked through his diary previously and could not find the notes, and the report concluded he had “made a deliberate decision not to disclose the notes when previously requested to do so, and this was not appropriate”.

In a statement, Mr Shalloo said he welcome the findings of the Lynch report, which exonerated him from allegations of contacting staff “seeking to exert influence in favour of the subject of the complaint”. Mr Shalloo was critical of the “limited and obstructive” terms of reference of the report, and has written to Scouting Ireland seeking a “thorough and unobstructed” report.

Mr McCann said that while the report found meeting the subject of the allegation was not appropriate, he did not do so “with any intention of becoming involved in the management of the complaint”.

“While Ms Lynch believes that it was not appropriate for me to have attended that meeting she did not find that the meeting interfered with the outcome of the complaint,” he said.

Ms Bermingham said the findings “fully exonerate me from any accusation of interference and imposing undue pressure on staff”. However, she rejected one finding that it was inappropriate to continue to chair a conference call on the case, where she was abstaining from a vote.

“I acted bona fide at all times and requested that the chief executive bring the recommendation from this call to the board meeting,” she said.

Mr Kehoe did not respond to repeated requests for comment on the report.