About 800 applications approved to date 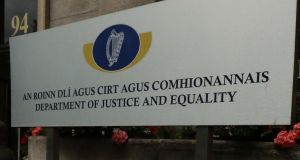 In its review, the Department of Justice said that the risks from the Irish scheme were minimal because of its size. Photograph: Nick Bradshaw

Successful applicants are granted a permission to reside in Ireland for a fixed period and the residency rights also apply to their families. Applicants must be high-net-worth individuals with a personal wealth of at least €2 million.

To date about 800 applications have been approved, with more than 400 of the approvals having been made in 2017 and 2018, the Department of Justice and Equality said.

The sharp rise in the number of applications, and an “enhanced control mechanism” introduced last year to ensure the programme is operating to the highest standards, has delayed the processing of applications.

The personal and financial checks include ensuring that the funds used to avail of the scheme are not borrowed. The vast bulk of the applications to the scheme are coming from wealthy Chinese.

For two of the options for availing of the scheme, an investment of €1 million must be made for a minimum of three years, which may be renewable following a review. Alternatively, a three-year, €2 million investment in a real-estate investment trust (reit), that is quoted on the Dublin Stock Exchange, can allow an applicant quality.

A fourth method of qualifying for the scheme is to make a €500,000 to a registered charity. Smaller donations, of €400,000 each, can be made by groups of five or more investors.

During the 1990s, the so-called passports for sale scheme, under which people who made substantial investments here could get Irish passports, was the cause of controversy.

With the new scheme, introduced in 2012, the visa only requires the person to be in Ireland for a minimum of one day a year. After five years, people who have complied with the programme gain an indefinite right to a residency visa.

Similar schemes operate in a range of countries, with the investment threshold, and the residency rights offered in return, varying between schemes. Some countries grant a fast-track path to citizenship in return for a payment to the public purse.

For Ireland, more than 90 per cent of applicants are from China, with the US (1.8 per cent), the United Arab Emirates, Russia and Bahrain (all less than one per cent) coming next.

In a 2017 review of the programme, the department said it was important to recognise the risks involved, with some European Union jurisdictions having suffered “considerable negative consequences” due to a lack of adequate procedures being in place.

In 2018 the UK launched a reassessment of its scheme following a money-laundering review.

The very popular Portugese “golden visa” scheme for foreigners who invested €500,000 in property there, has been a source of political controversy.

Malta’s “golden passport” scheme has been heavily criticised as has the scheme operated by Cyprus.

Earlier this year the European Parliament’s committee on financial crime and tax evasion urged members states to close down their investor immigration schemes.

The economic benefits, it said, “do not offset the serious security, money-laundering and tax-evasion risks they present”.

In its review, the Department of Justice said that the risks from the Irish scheme were minimal because of its size. However if the scheme continued to grow, “then the risks will become more significant “.

It noted that the number of investors who have been granted residency was only “a tiny fraction” of the people being granted citizenship annually through the normal immigration process.