‘Mistreatment of survivors’ of institutional abuse a ‘greater national shame’

‘Caranua failed. As a former board member I can state this with the utmost truth and confidence’ 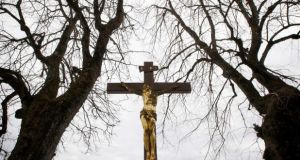 The treatment of survivors of institutional abuse was a “greater national shame” than the abuse they suffered as children, an Oireachtas committee has heard.

Tom Cronin, a survivor of St Joseph’s industrial school Cork, is a former board member of Caranua from which he resigned in February citing “mistreatment of survivors”. He called for the organisation to be closed.

Caranua, established in 2012 as an independent body to manage €110 million pledged by congregations to enhance survivors’ lives, has been at the centre of controversy since March of last year when its then chief executive, Mary Higgins, offended many survivors.

Ms Higgins told The Irish Times some survivors would “never be happy”.

“You can’t control people’s experience of what we do for them...We have to face the fact, the damage that has been done to these people is so deep that it doesn’t matter what anybody does. It’s never going to be enough to satisfy them and make them feel cared for, loved, honoured or whatever else.”

She later “unreservedly” withdrew the comments.

Mr Cronin was addressing the Oireachtas education committee along with another former Caranua board member Dr Mary Lodato, a survivor of High Park laundry in Drumcondra.

They said they had expected Caranu’s approach to change “after all the bad press”. They resigned nine months after saying it had not.

“Caranua was meant to help some of the most vulnerable in our society,” said Mr Cronin on Thursday.

“Caranua failed. As a former board member I can state this with the utmost truth and confidence.

“What happened to us as children was a shame on the nation. What has been done to us since is a greater shame.”

Among the complaints about Caranua have been its refusal to meet survivors in person, a cap of €15,000 on the goods and services survivors could apply for, the closing of applicants’ files without warning and a widespread belief the organisation neither valued nor respected the survivors.

“You can’t deal with atrocities [against children] of this magnitude in the manner in which it has been,” Mr Cronin said on Thursday.

The two former board members were invited to the committee to discuss what the Department of Education should do following the winding down of Caranua from August.

Dr Lodato, now based in Northamptonshire, suggested a “forum or space where survivors could express their views... throughout the UK”. Many UK-based survivors did not know Caranua existed. It will not advertise.

At “round-tables” with UK-based survivors she asked them what they needed.

“They just wanted have a better quality of life and to be respected, and to tell their story... they said they wanted to be able to retire to Ireland to make peace with this land and the atrocities that had happened to them.”

She suggested they be entitled to the free travel-pass in Ireland, and to “somewhere to stay” while they visit, saying many had no family here as families had been “broken”.

The Department of Education should not be leading any consultation on what to do next, Mr Cronin said.

“The Department’s involvement in this has been a total failure in the past. To put it back into the Department is a huge mistake, a futile exercise, a waste of energy and money. That’s not a reflection on the people in the departments. They don’t know how to handle this, how to go about it, they don’t have the empathy or knowledge, experience, zero.”

They agreed a survey on the Department’s website of survivors’s wishes was “pointless” when many survivors were elderly and some illiterate. “It’s demeaning,” Dr Lodato said. “We need face-face contacts.”