Keelin Shanley funeral to take place on Wednesday in Dublin 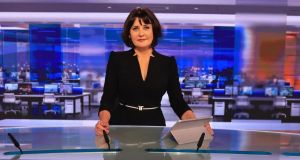 The funeral of RTÉ journalist and broadcaster Keelin Shanley will take place on Wednesday in Dublin.

The 51-year-old award-winning journalist died on Saturday following a long battle with cancer. Her funeral will take place at St Paul’s Church in Glenageary.

In the notice for her funeral, Shanley was described as the “adored wife of Conor and devoted mother to Lucy and Ben” who died “peacefully, in the last sunshine before the storm”.

Born in 1968, Keelin (Caoilfhionn) Shanley grew up in Greystones, Co Wicklow, before her family moved to Monkstown in Dublin when she was 10. She studied biochemistry at Trinity College Dublin in the 1980s and then moved to Italy to work as an assistant researcher in the school of pharmacy at the University of Bologna.

She returned to Ireland in 1993 and started working with RTÉ in the late 1990s, presenting a number of science and technology programmes.

She later joined Prime Time and more recently presented Morning Edition, The Consumer Show, Crimecall and The Irish Book Awards on RTÉ One. She also worked as a radio presenter across several programmes on RTÉ Radio 1: Morning Ireland; News at One; Today with Sean O’Rourke; and Late Debate.

Shanley was appointed as co-presenter of RTÉ’s Six-One news bulletin in January 2018.

The head of Cystic Fibrosis Ireland also paid tribute to Shanley, who was an ambassador for the charity and was “committed to improving the lives of people with CF in Ireland”.

“A friendly, generous and down-to-earth individual, she was always willing to lend a hand,” said chief executive Philip Watt. “Keelin always gave generously of her time over the past six years and was a wonderful spokesperson for, and friend to, the CF community.”