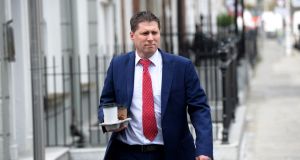 The Government’s flagship activation scheme for the long-term unemployed was costing €11,000 per successful participant, the Public Accounts Committee (PAC) heard on Thursday.

The “cost per job” was claimed by a number of PAC members based on data provided by the Department of Employment and Social Protection showing Jobpath had cost €244 million since it opened in 2015.

Jobpath, which is operated by two companies on behalf of the Department, provides advice and mentoring to jobseekers. Participants are referred randomly by the Department.

“The question is, is there any possibility that another route could ensure we create a greater number of jobs at less than a cost of €11,000 per job?”

Chair of the committee, Brian Stanley TD (Sinn Féin) said of the 13,500 who had gone through Jobpath in his Laois-Offaly constituency “just over 1,000” were in employment “which would seem very, very low”.

The two companies contracted to provide Jobpath - Seetec and Tuas Nua - were paid €311 for each referral and up to €3,718 if they secured employment that is sustained for a least a year.

“Jobpath is a flawed system and has helped push me out of the teaching profession, something I have worked for,” the teacher had told him.

“When you look at what’s being spent and the cost per individual…it is a really, really serious concern that there’s a huge amount of public money being spent here,” said deputy Stanley.

John McKeon, secretary general at the department said he understood why the comparisons were made between the cost of the scheme and jobs secured, but it was the “wrong comparison,” he insisted.

“Jobpath is not an employment creation scheme…The purpose of Jobpath is to provide an employment advisory service to people, to help them compete for jobs that are there.

“So the question is, what is the cost of that advisory service per person. It costs about €880,” he said. “Cost parameters indicate it is a good service. I think sometimes people’s attitude to Jobpath is informed by very bad press that happened in the UK [about activation schemes].”

Catherine Murphy TD (Social Democrats) said she had been getting “the same feedback” as other members about Jobpath. “People having to give up part-time jobs to go on Jobpath…If there’s any kind of media coverage on this we are going to get a whole raft of additional people making contact with us about it.”