Co-living developments may be the slums of the next decade, housing seminar told 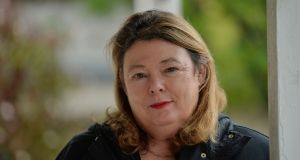 The Department of Housing has “serious questions to answer” about whose interests it is serving, while co-living developments may be the slums of the next decade, a housing seminar heard on Wednesday.

Aideen Hayden, chair of Threshold, was speaking at an online seminar to publish its tenant sentiment survey the findings of which she described as “grim”.

Conducted between February and August and drawing on in-depth interviews with 150 tenants in the private-rented sector, it found just 15 per cent were renting by choice, with the remaining 85 per cent unable to buy their own or access social housing.

These were mainly “forced moves from one home to another” said Ann Marie O’Reilly, policy officer with Threshold. “It is not surprising people do not want to live in the private rented sector.”

Niamh Hourigan, senior lecturer at the Department of Sociology in University College Cork said it was “astonishing” that none of the five ministers in charge of the Department of Housing in the last decade had any “significant impact on what’s going on in the private rented sector or housing market”.

People’s ire at the ongoing housing crisis should not be directed at housing ministers, but at senior civil servants within it.

“Why is the housing crisis not being solved? What is going on in the Department of Housing?” she asked.

“Whose interests are being represented at the table where the decisions are being taken, decisions which are perpetuating rather than solving the crisis? Is it the interests of banks, institutional investors and other private sector interests?

“It is very clear it is not the interests of the majority of Irish citizens who are being increasingly excluded from the…housing sector as either purchasers or as renters in secure tenancies.

“The Department of Housing has serious questions to answer I believe about how they are protecting the public interests and who they are actually serving.”

The Covid-19 crisis has underlined the mismatch between policy and the needs of citizens “to farcical proportions”.

“We now have cities full of homeless and people in insecure tenancies who are walking down streets full of empty shops and vacant housing provision. The only form of housing the Department of Housing can muster any enthusiasm for is co-living aimed at young millennials,” said Ms Hourigan.

Ms O’Reilly could not see a place for co-living developments in a housing system where quality homes were affordable. “I don’t see anyone who wants to pay well over the odds for a box room and then share their kitchen with 15, 20, 30 other people for any extended period of time. While developers are permitted to build the likes of co-living they are not going to want to build housing that is more suitable for long-term occupation.”

Ms Hayden said Threshold’s concern was that co-living was part of a “race to the bottom” in housing. “What will that accommodation be used for in five or ten years’ time. Will they end up as slums?”