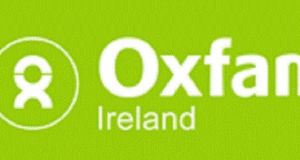 The Irish leg of the charity, Oxfam Ireland, has denied any involvement or connection with the behaviour of staff who were employed by Oxfam in Britain in 2011

Irish charities have condemned the behaviour of senior Oxfam staff following allegations of sexual misconduct in Haiti and Chad and have denied covering up a culture of abuse in the humanitarian sector.

British charity Oxfam has been accused lying and failing in its “moral leadership” after it did not fully disclose the details of its investigation into employee misconduct in disaster zones. However, the Irish leg of the charity, Oxfam Ireland has said it had no involvement or connection with the behaviour of staff who were employed by Oxfam in Britain in 2011.

Oxfam Ireland described the staff’s behaviour as “totally unacceptable” and “contrary to our values” and said the Irish charity held a “zero-tolerance approach to sexual misconduct and will not stand for any kind of harassment of staff, partners, volunteers or those we serve.”

Asked if the charity was worried about a drop in financial support and public trust following the allegations, Oxfam Ireland said it was “committed to earning and maintaining the trust of our supporters” through an “open and transparent” organisation and a “robust whistleblowing policy”. Oxfam Ireland has enjoyed an eight per cent rise in financial support in the past year and spent just under €7 million in fourteen countries in the year leading up to March 2017.

Similarly Trócaire has experienced a rise in financial trust in recent years with the 2017 Lenten campaign bringing in €8.5 million for the charity, up €1 million on the previous year’s campaign. Combining income from public and institutional sources, 2017/18 is on course to be the second most successful year financially in the Irish charity’s 45 year history, the charity has said.

Speaking ahead of the 2018 Lenten campaign, which features a 7-year-old girl called Kumba from Freetown in Sierra Leone, Trócaire’s executive director Eamonn Meehan attributed the rise in financial support to the economic recovery and the work of the Charities Regulator which he said had helped restore public trust in the work of Irish charities.

Like Oxfam Ireland, Trócaire said it held a “zero tolerance approach to sexual exploitation” and that all staff were required to sign safeguarding policies and made aware of their mandatory duty to report any incident or allegation of abuse.

“We are horrified by recent reports relating to Haiti. Humanitarian workers are motivated by a desire to help people in crisis situations, often putting themselves at great risk in order to do so. We sincerely hope that public confidence in the overwhelming majority of people who engage in this life-saving work with professionalism and courage is not diminished.”

A spokeswoman for Concern Worldwide said the sector as a whole was responding to the Oxfam allegations by ensuring that “further measures, policies and procedures are put in place to safeguard against such breaches of conduct.”

Concern Worldwide, which raised a “record high income” of €183.5 million in 2016 for overseas projects, said it was currently reviewing its safeguarding systems in light of the Oxfam revelations to “maximise their effectiveness”.

Asked to comment on former UK International Secretary Priti Patel’s comments that there is a “culture of denial” about exploitation in the aid sector, the spokeswoman said Concern had not experienced “widespread abuse” in the sector. “In our experience, the vast majority of humanitarian workers are dedicated and committed to values of dignity, equality and respect and would never engage in any form of exploitation.”

A spokesman for GOAL said the charity had recently adopted a ‘speak-up’ policy which allows staff to report, both internally and externally, any perceived incidences of wrongdoing and has also introduced a new complaints and whistleblowing framework. These changes follow a 2016 investigation by the US Office of Inspector General into alleged collusion and bid-rigging in Turkey, reductions in the charity’s income, resignations and redundancies.

The GOAL spokesman said all charities must be alert to exploitation and abuse in disaster zones and that robust recruitment policies were essential in this regard.

“We are also cognisant of the critical nature of the work that our staff do, not just in the delivery of lifesaving aid, but also in the relationships they develop and foster with the people we work with. The public perception of our staff, and the trust placed in them by the public, is always to the forefront of our minds.”