Free contraception in Ireland to be looked at, Dáil Committee is told 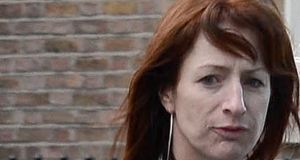 Clare Daly: she said “over 80 per cent of abortions are by pills”

The availability of free contraception in Ireland was “doable”, the chairwoman of the Oireachtas Committee on the Eighth Amendment said on Thursday after hearing evidence on the proposal.

Senator Catherine Noone had asked Dr Tony Holohan, chief medical officer at the Department of Health, whether the provision of free contraception was possible. Committing his department to examining at the feasibility of providing such a service, he said “in broad terms, it would not be expensive”.

Representatives of the department and the HSE appeared before the committee on Thursday afternoon.

It heard that of four women who appealed decisions refusing them an abortion in Ireland under provisions of the Protection of Life during Pregnancy Act of 2013, three had their appeals upheld.

Liam Woods, director of acute hospitals at the HSE, said there were no records available of women who had been refused abortions under the 2013 Act, only of those who had appealed a refusal, but he said such records “may be available locally”and gave an undertaking to access them.

Dr Peter McKenna, clinical director of the National Women and Infant’s Health Programme and former master at Dublin’s Rotunda Hospital, said the most common reason for women seeking an abortion under the 2013 Act was “a heart problem”.

However, where the crisis in a pregnancy was rooted in “social issues [the woman] would be directed to social supports services”. In such a context abortion “doesn’t arise in Ireland at the moment”, he said.

He was responding to a question from Fine Gael TD Bernard Durkan, who referred to “a few tragic incidents” involving “frightened young girls” who were alone with “no help from any quarter”.

Dr Holohan said that medicines used in abortion abroad were already available “for other purposes” in Ireland.

Dr McKenna said one such medicine “is used routinely in obstetric situations already”. He also said the cost of such medicines had “tumbled” to about a third of what they used be.

Independent4Change TD Clare Daly said “over 80 per cent of abortions are by pills”.

Dr Holohan told the committee that abortion by medical means “could be delivered in the primary care context” by the 2,500 GPs in the State. However “surgical terminations would have to be resourced” to avoid “impact on other gynaecological services”.

He noted Ireland needed 100 more consultants in obstetrics, to add to the existing 120, to bring care in the area up to international standards.

Mr Woods said recruitment of such consultants was “ a 12-month journey, typically attracting back” Irish people from abroad.

Dr McKenna also told the committee that attempts in the past to have folic acid included in a staple food, such as flour, in Ireland had been stopped due to a “tyranny of the articulate, whereby some derail what is of benefit to the majority”. Affecting about 100 births a year in Ireland, its effects were 70 per cent preventable, the committee heard.

Mr Woods said the HSE had identified a need for an additional 52 sonographers at its 19 maternity units in Ireland so all pregnant women could have scans during pregnancy. Currently this service was available to just 64 per cent of such women.

Coronavirus: No further deaths and 252 new cases reported in the State

Coronavirus: No further deaths and 252 new cases reported in the State 17:55
Man (20) jailed for car jacking, false imprisonment of couple in Cork city 17:54
Irish prisoner in British jail challenges transfer refusal 17:40
Children with autism are being ‘left behind’ in pandemic, says mother 17:31
Garda checkpoints to be aimed at combatting Christmas tree theft 17:10