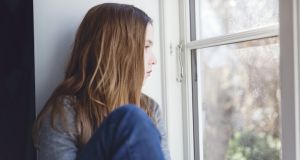 Overall, the 2018 report gives the Government an overall C- grade in relation to progress on its commitments to children.

Family homelessness is now a “national emergency” with a record number of children in temporary or emergency accommodation in the past year, according to children’s rights campaigners.

In its annual report card on the Government’s progress over its commitments to children, the Children’s Rights Alliance said an unprecedented 3,333 children were without a stable home, an increase of 33 per cent since 2016.

This prompted the alliance to issue an E grade for progress in this area, the lowest grade for any of the 18 areas examined, ranging from health care to education.

Overall, the 2018 report gives the Government an overall C- grade in relation to progress on its commitments to children. This is an increase on last year’s D+ grade.

The highest grade was awarded in the area of child protection, a B - due mainly to the enactment of mandatory reporting of abuse or neglect concerns for those who work with children.

Progress on improving services for LGBT young people also scored highly (a B-), thanks largely to the development of an LGBT youth strategy that will encompass education, youth services, mental health and other issues.

However, progress on improving mental health services for young people was rated poorly (D+) due to more than 6,800 children on waiting lists for vital community mental health supports.

Similarly, progress in delivering on commitments pledged for Traveller and Roma was also rated as poor (D+).

Progress was judged to be steady in education, which received a C grade, down mainly to an increase in special needs assistants and the introduction of a new Deis plan for disadvantaged schools.

However, religious diversity in schools brought the grade down due to delays in progressing school admissions legislation, which seeks to tackle the so-called Baptism barrier.

She said the grades in the report card were based on what the Government has committed to in its Programme of Government, rather than on what the alliance believed to be the best course of action.

“This is a shocking figure by any measure. If you go back 10 years to when we first started publishing our annual report cards, child homelessness happened rarely; now, in the aftermath of the crash, it is a national emergency.

She said the E grade on homelessness reflected the fact that, despite efforts by the Government to address the issue of child homelessness, it failed to meet its own deadline of mid-2017 to end the use of unsuitable long-term emergency accommodation for families.

The rollout of family hubs has improved the situation for some children, but further investment in social and affordable housing is needed or the housing crisis will continue, she said.