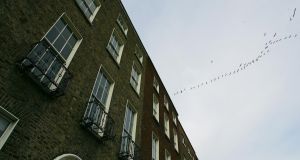 Leafy Dublin 2 is the most affluent area in Ireland, while St Mary’s Park in Limerick city is the most disadvantaged, data published on Thursday will show.

Affluence is found concentrated around east and south Dublin, counties Kildare and Wicklow, parts of Galway and Cork cities and in scattered pockets across the State, with poverty remaining concentrated around north and west Dublin, small towns, some urban areas and along the western seaboard.

They are drawn up to assist in the targeting of essential services at the most disadvantaged areas, by such agencies as the Health Service Executive, Government departments, local authorities and childcare committees, and are also available online to anyone.

In Dublin, Priorswood B (Darndale) is classified as “very disadvantaged” and is the most deprived electoral division in the capital.

Classified as “extremely disadvantaged”, electoral division John’s A in St Mary’s Park in Limerick city is the most disadvantaged in the State. It has a male unemployment rate of 69.4 per cent, female unemployment of 40.4 per cent and 77.2 per cent of families are headed by lone parents. Just 2.3 per cent of people went to third level. Two in five homes are council-rented. This was also the most deprived area in 2011 and its deprivation level has remained static.

“Very disadvantaged” are Gaeltacht areas including Aran in Co Donegal and Indreabhán in Co Galway, while communities in west counties Clare, Mayo and Kerry are classified “disadvantaged”, with unemployment rates of between 12 and 36 per cent.

Researchers Trutz Haase and Jonathan Pratschke, who compiled the study, note affluence is highest in the urban peripheries and gradually declining out towards rural areas.

While Granard was classified as 'marginally below average' in 2006 and 2011, it has declined and is now 'disadvantaged'

Over the past decade, Dublin has fared best, they say, noting that the capital has been “less impacted by the effects of the recession as well as having disproportionately benefited from the recovery”.

Small towns with populations between 1,000 and 5,000, such as Granard, Co Longford, have been worst affected, having been disproportionately hit by the recession and having benefited least from the economic recovery.

While Granard was classified as “marginally below average” in 2006 and 2011, it has declined and is now “disadvantaged”, with unemployment at 30 per cent among men and 26 per cent for women.

“In relative terms the geographic distribution of disadvantage and affluence remains largely the same, reinforcing the findings of previous research, that disadvantage is a long-term, geographically entrenched phenomenon,” says Pobal.

The deprivation index maps are accessible on maps.pobal.ie