Drag storytelling event for children cancelled due to ‘degrading’ comments 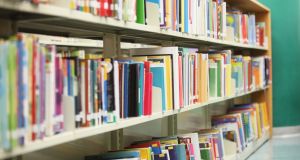 Dlr Libraries said the event had been programmed ‘as an age appropriate, family-friendly story time session’

An event for children presented by performers in drag has been cancelled by Deansgrange library in Dublin because of “degrading, inappropriate comments on social media”.

The Drag Story Time event was to be presented by Glitter Hole who describe themselves as “a DIY drag collective” and was scheduled to take place on June 26th.

On its Facebook page on Monday, announcing cancellations of the event planned for Deansgrange library, the organisation said they had been contacted by dlr Libraries “last month and asked to put on one of our drag storytelling performances to celebrate Pride”.

“Over the weekend we have been inundated with extremely violent homophobia from a frighteningly large group of bigots who believe that a few drag queens reading books to children amounts to child abuse. The library decided that the event was a safety risk, which we accepted given the scale and gravity of the vitriol that was being spewed on Twitter”.

In an initial notice on Sunday, announcing the cancellation of the event, dlr Libraries said it had been programmed “as an age appropriate, family-friendly story time session”.

“However, following a review in terms of age appropriateness, this event will not now go ahead at this time, and may be rescheduled as part of a future book festival line up.”

In its Facebook posting Glitter Hole said the implications of dlr Libraries’ statement was that “the content of our drag shows for adults has deemed us inappropriate children’s storytellers”.

“There is no mention in this statement of the safety concerns for the performers and audience of the event due to the ongoing abuse we’re receiving online.”

It seemed to them “like the most despicably archaic homophobia” that “dlr have labelled the queer people the risk in this scenario”.

They had “performed Drag Story Time three times now and the response has always been entirely positive” they said.

A second notice of cancellation by dlr Libraries was posted on Monday stating: “we wish to clarify that the cancellation was due to our significant concern at the high level of degrading, inappropriate comments on social media about the performers and library staff”.

“Dlr Libraries object to homophobia in all its forms and as per our social media guidelines, we reserve the right to remove content or comments that may be considered offensive, abusive or defamatory.

“Health and Safety is always at the forefront of our concerns. We would like to reassure the public that this event was age-appropriate and family-friendly. Dlr Libraries remain safe, inclusive and welcoming places for all and offer a diverse, cultural programme.”