Expert warns major challenges are not being faced around housing 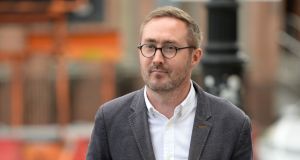 Renting will become impossibly expensive for tens of thousands of people unable to get a mortgage or social housing unless the State delivers affordable public housing, experts have warned.

Ireland’s housing crisis is not accidental, and major challenges are not being faced, warned Dr Conor O’Toole of the Economics and Social Research Institute (ESRI), and Josh Ryan-Collins from University College, London.

Speaking at a seminar on affordable housing, which was hosted by Sinn Féin’s Eoin Ó Broin, Dr O’Toole said many were now paying more in rent than they would pay on a mortgage.

“It has been this way for a long time. So this is a structural rather than a cyclical issue. That’s critical when we’re thinking about policy responses,” said Dr O’Toole.

Private tenancies were particularly difficult for those on lower incomes, he warned, as he called for significant investment in Ireland’s stock of publicly-owned housing.

He said the types of rental properties available must be broadened, offering security of tenure and affordability, but the State’s role was key to delivering long-term social and affordable housing.

Mr Ryan-Collins said housing crises across the western world could not be fully explained simply by saying that not enough houses were being built, or that planning was too restrictive, or that there were “too many immigrants”.

Land was one of the “most poorly understood concepts in economics”. It behaved differently to other goods, as it was finite and immobile. It was attractive to lenders as one of the safest investments.

He said banking deregulation from the 1980s saw credit flow into land and housing, and this has intensified as governments encouraged it.

“What we have in advanced economies is increasing concentration of money and investment flowing into an increasingly small amount of desirable location. That is the fundamental problem. There is only so much desirable location – near the jobs, good schools, nice parks. So house prices go up even more, banks lend more and around we go.

“There’s a really strong case for [large scale] public ownership of land and housing, taking land out of the private market where it is subject to these dynamics of financialisation and rent extraction.”