Irish people waiting longer than ever to get married

The average groom is just over 36 years, with brides about two years younger 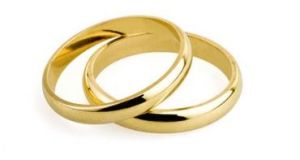 Irish people are waiting longer to get married than ever before, new figures from the Central Statistics Office (CSO) show.

The average groom is just over 36 years of age, with brides typically about two years younger.

Same-sex couples tend to wait just a little longer before marrying, with the average age of men in same-sex unions put at 40.1 and 38.7 for women.

Last year Monaghan had the lowest average age for both grooms and brides at 34.5 and 32.5 years respectively, while Wicklow had the highest with the average ago said to be 38.3 years for grooms and 36.3 years for brides.

Religion continues to dominate the marriage pact, with religious ceremonies accounting for 61.2 per cent of all unions last year.

The Spiritualist Union of Ireland performed 1,430 or 6.8 per cent of all ceremonies, while 1,108 or 5.3 per cent of couples opted for other religious ceremonies.

The majority of non-religious ceremonies were civil marriages, which accounted for 29.8 per cent or 6,278 of all marriages. The remaining 1,887 or 9 per cent of couples had Humanist ceremonies.

August was the most popular month for marriages, with August 4th last year the busiest day for wedding solemnisers. January was – as ever – the least popular month to wed.

Friday and Saturday were the most popular days of the week to get married, with the least popular day being Sunday.