Thousands of working households are struggling to stay out of poverty, report finds 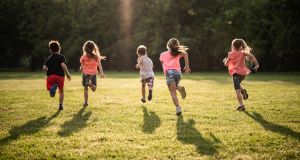 One in five children are in households living below the poverty line. Photograph: iStock

In its annual Poverty Focus report it says thousands of working households with children are struggling to stay out of poverty, particularly those living in the private sector, having to pay childcare, with teenagers and headed by a lone parent.

It says one in five (230,000) children are in households living below the poverty line, which is set at 60 per cent of median wages.

“For those whose housing is especially expensive, like many in the private rented sector, on these low incomes making ends meet is a really struggle,” Michelle Murphy, research and policy analyst with SJI said. “Child poverty is essentially an issue of families struggling to survive on low incomes. Children cannot be lifted out of poverty unless their families are lifted out of poverty.”

In addition, people in households with children were almost twice as likely to experience consistent poverty as those in childless homes.

“According to the latest CSO data about 110,000 people who are employed are living in poverty. Over time the poverty figures for this group, the ‘working poor’, have shown little movement reflecting a persistent problem with low earnings in Ireland. Many working families on low earnings struggle to achieve a basic standard of living.”

SJI is calling for strategies to better protect people in low-paid and precarious work , including greater acceptance among employers and policy-makers of the concept of a living wage of €11.90 per hour. The minimum wage is €9.80 an hour.

Greater awareness is needed too, among low-income families, of their entitlement to the working family payment.

The organisation reiterates its call for refundable tax credits, whereby families who do not earn enough to pay tax and so cannot avail of tax credits, would be entitled to have them refunded to them by Government.

“The scale of child poverty is alarming and presents very serious policy challenges,” said Fr Sean Healy SJI director. “Eliminating child poverty should be a top priority for Government. It can be done. It requires action on adult welfare rates, decent pay and conditions for working parents, an increase in child benefit and access to quality services.”