'Unsilencing Black Voices,' is an upcoming documentary produced and directed by two Black academic students from the University of Limerick, Sandrine Uwase Ndahiro and Cathy Osikoyo. 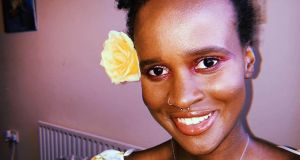 Irish black voices are being “muffled and brushed aside” according a new documentary released later this week which examines racism in Ireland.

The Unsilencing Black Voices documentary, which will be available to watch on YouTube from Friday, features the voices of nearly two dozen black Irish people in their 20s and 30s detailing the racism they have experienced throughout their lives growing up in Ireland. The short film is part of a wider multimedia project set up by University of Limerick (UL) students Sandrine Ndahiro and Cathy Osikoya.

The goal of the 25-minute documentary, and accompanying website, is to “keep the conversation going and continuously educate the white and black community about all the different types of racism” in Ireland, Ms Ndahiro told The Irish Times. “It’s so when someone witnesses racism they’ll know how to call it out. Our hope is this won’t go on for another 20 years and that the platform will provide a safe place for people to share their experiences.”

The PhD student, who is originally from Rwanda but grew up in Carlow and is studying contemporary African literature, said the project was borne out of the global resurgence of the Black Lives Matter movement which “awakened the need to amplify black voices in Ireland”. Racism in Ireland – an issue that has been “overlooked for so long” - has now become centre stage, she said.

Ms Ndahiro and her college friend Ms Osikoya, a fifth year architecture student, decided to start collecting racism testimonies after sharing their own experiences of rejection in school and at university with one another. The pair posted a call-out on Instagram for young black Irish people to share their stories through voice messages or short videos and about 20 people from Limerick, Mayo, Galway, Carlow and Kilkenny got in touch.

The two students discovered many of their peers had never spoken before about the racial abuse they had suffered before. “A pattern we found was when people first experienced racism they didn’t understand so remained silent and didn’t call it out.”

The pair found some people had experienced racism as early as primary school. Ms Osikoya recalls in the documentary how her first experience of racism occurred in secondary school. “There were kids that would come up to me and call me dirty monkey. ‘You should go wash yourself. You smell,’” she said.

Other participants recall the frustration of everyday racist comments. “We as black people are tired; tired of being complemented on how well we speak English, even though a lot of us have been here all our lives,” said one young woman from Co Mayo.

Speaking out about these experiences has “acted as a healing process” for many involved, said Ms Ndahiro. “We found that the more we talked about experiences which we buried deep inside made us feel more empowered.”

The project aims to celebrate what it means to be black and Irish and platform the voices of people which tend to be “muffled and brushed aside”, said Ms Osikoya. The students hope it will serve as an “educational platform” for people of all ethnicities which provides links to resources, books and movies about racism as well as organisations who are working to highlight and end racial abuse in this country. The website will also feature a blog to platform the work of young Irish black people across Ireland, said Ms Osikoya.

“We hope that by watching our documentary you stop and actively listen to the pain in the black individuals who are sharing their stories,” said Ms Ndahiro. “We hope to continuously dismantle the issue of racism within Irish society. Just because you do not see it does not mean that the issue isn’t there. If you are still in denial just listen to our experiences.”