Developer for council’s housing site at Santry to be sought 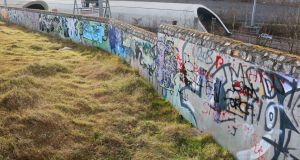 Oscar Traynor Road 17-hectare site to the east of the Port Tunnel: 640 homes are planned, with a mix of private, social and affordable housing. Photograph: Nick Bradshaw

A developer is to be sought within weeks to build more than 600 homes on land owned by Dublin City Council in Santry in the north of the city. It will be the largest housing scheme undertaken by the council in decades.

The council has designated a 17-hectare site at the Santry end of Oscar Traynor Road, just to the east of the entrance to the Dublin Port Tunnel, for 640 homes, with a mix of 50 per cent private, 30 per cent social and 20 per cent affordable housing.

The greenfield site is the largest council-owned plot of land designated for the development of housing. More than 80 per cent of the new homes will be apartments, including some duplex units, in blocks of up to six storeys. There will also be potential for a hotel on the site.

The site will be developed in five phases. The first phase will see the greatest proportion of houses, and will be located at the southern edges of the site adjacent to the existing two-storey housing estates. This phase, known as lots 1A and 1B, will see the development of 225 homes, more than half of which – 119 – will be houses.

The next phase will be focused on the development of shops and a potential hotel along with 147 apartments. The homes in the final three phases will all be apartments, split into two groups of 88 and a final development of 92 apartments.

Unlike most of the other sites the council plans to use for large-scale housing, the Oscar Traynor lands are not the site of a former social housing development. The land was bought by the council in the 1980s and has been the subject of a number of proposed industrial, recreational and housing schemes, but despite it being surrounded by housing estates built in the 1970s and 1980s, none of the planned schemes ever came to fruition.

However, it is likely to be a big draw for developers given its location in a settled residential area close to Beaumont Hospital, just off the M1 and immediately adjacent to a gaelscoil.

The council had hoped to seek a developer for the lands earlier this year, but last July said the lack of a national affordable housing scheme was holding back the process. The council intended to pilot an “affordable rental” scheme on the Oscar Traynor lands.

The last national affordable housing scheme, which allowed first-time buyers on lower incomes to buy homes at a discount, was discontinued in 2011. The introduction of a new scheme was announced two years ago as part of Budget 2016, but no scheme has been set up.

Minister for Housing Eoghan Murphy last month indicated that plans for a new affordable housing scheme would by revealed before last week’s budget. While no scheme emerged, it is understood that details will be announced shortly.

The council intends to go to tender for the Oscar Traynor developer in November. Last August the council issued a call for tenders for its second-largest development site, the former social housing complex of O’Devaney Gardens, where 530 new homes are planned.