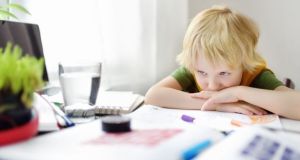 23 per cent of children are reported to have difficulties in relation to social skills due to the lack of social interaction.

Almost two thirds of children with autism have experienced an overall decline in their skills and abilities as a result of the coronavirus restrictions, a new study suggests.

Researchers from Dublin City University (DCU) have looked at the current and anticipated challenges faced by young people with autism and their families following the Covid-19 restrictions.

The study, which surveyed 107 parents of 119 children with autism, reported that 61 per cent of children experienced a decline in skills and abilities and 74 per cent of parents of a child with autism said they will be faced with “unique challenges” as restrictions are lifted.

While the majority of parents had concerns of a decline in their child’s abilities, skills gains were reported for 29 per cent of children, mainly in daily living skills such as household chores and preparation of food.

Some 23 per cent of children are reported to have difficulties in relation to social skills due to the lack of social interaction, while 16 per cent of young people with autism are facing challenges with leaving the house due to anxiety, particularly in recent weeks as restrictions have begun to lift.

Parents have also reported that 26 per cent of children are having difficulty with understanding and adhering to social distancing and public health guidelines when out in public.

Dr Sinéad Smyth at DCU’s School of Psychology said the necessary closures and restrictions on movement have “wide-ranging impacts on us all”.

“For children and young people with ASD, adapting to change at such a rapid rate has been very difficult and it is clear from our findings that these children and their parents are experiencing a multitude of unique challenges,” Dr Smyth said.

“Additional challenges arise as restrictions are lifted and children incorporate more activities into their lives again. Going back to school, for example, may be more difficult for children this year not only given the long gap since they last attended, but also because their school routine will be different and classrooms will look different due to new public health measures.”