Soca began in Coventry and Birmingham before being set up in London, then Dublin 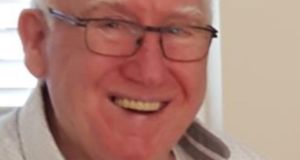 Mick Waters died after a long illness with cancer at the age of 76.

Mick Waters, the founder of Survivors of Child Abuse (Soca), one of the oldest groups advocating for former residents of industrial schools, has died in Coventry, England.

Mr Waters died on July 24th after a long illness with cancer, aged 76.

He was born in Dublin and, aged 10, he was picked up for mitching school. He was sent to Artane Industrial School in Dublin.

On release at 16 he went to England where, as a labourer he met and married Catherine (Anne) Farrington from Ballinteer. She survives him as does his son William who said, “We are all extremely saddened by his passing but also very happy and proud to have loved him and been a part of his life.”

In the late 1980s/early 1990s Mr Waters was teaching trades in painting and decorating to troubled young men when he began to meet former residents of Artane. It became an informal Artane old boys group.

The documentary Dear Daughter, broadcast on RTÉ in 1996 and detailing the abuse of girls at Dublin’s Goldenbridge, had a galvanising effect on the group.

In 1998 Mick Waters called a meeting of former Artane residents in Coventry; more than 100 attended. More meetings followed and numbers were at 500 when they set up Soca in June 1999.

Soca evolved into two organisations, Soca UK and Irish Soca, and both played a major role in securing services for former residents of the institutions.

“It will be a humanist funeral even though he prayed to God every single day. He just didn’t believe in organised religion,” said William. “He also wanted his ashes scattered from the Ha’penny Bridge, if we can do that. He wanted to go back home to Dublin.”