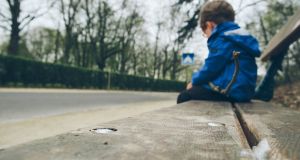 Court proceedings involving children who have been sexually abused take an average of five years from the date of the crime to the end of criminal proceedings. Photograph: Istock

Court proceedings involving children who have been sexually abused are suffering “excessive delays” and taking an average of five years from the date of the crime to the end of criminal proceedings, a specialist support charity has said.

The 2016 annual report of Cari, which provides specialist support for children and families affected by sexual abuse, reveals that part-time outreach services also had to close last year due to a lack of funding. The therapy services in Galway, Cork and Tralee all had long waiting lists at the time they closed.

Cari said the trial “can be a very difficult space to negotiate both emotionally and practically”.

This was particularly so in cases where the defendant was a family member, which was the case with 50 per cent of the children supported last year.

Manager of Cari’s national helpline, Eve Farrelly, said supporting children before, during and after the criminal trial had shown the organisation that children’s cases were “still subject to excessive delays at different stages in the criminal proceedings”.

“We analysed 23 cases that we supported in 2016. We found that children wait on average five years from the date of the crime to the end of the criminal proceedings,” she said.

“It is our view that a five-year time span out of a child’s life is too long and it behoves all those involved in the administration of justice to prioritise and expedite children’s cases as far as possible while having regard for due process and rights of the accused.”

Last year the charity also supported 239 children and 472 adults across its therapy and child accompaniment services. The therapy department made more than 2,500 appointments available – a 43 per cent increase on the previous year.

Most of the children accompanied to the specialist child and adolescent support and treatment service (CASATS) in Galway – the only 24-hour, dedicated service of its kind in Ireland – were aged between three and 12. Some 66 children were treated at the centre last year.

Cari chief executive Mary Flaherty said that despite an increase in therapeutic hours offered in 2016, waiting lists and waiting times continued to grow as more referrals were received.

“In December 2016, there were 97 children waiting for Cari therapy services,” Ms Flaherty said. She said the charity was “actively seeking public and private funding to meet their needs”.

“Cari covers a wide geographical area and families are travelling long distances for the service. This is not sustainable for families and causes huge disruption in the family life,” it said.

Minister for Justice Charlie Flanagan will launch the report on Monday.