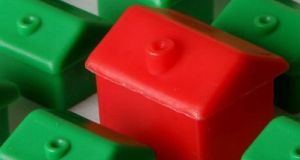 Older people are increasingly at risk of homelessness due to the cost of rent increasing but State pension remaining the same, a charity has said.

Alone, a charity supporting older people, said one of the most frequent issues the organisation sees is older people living in private rented accommodation finding it increasingly difficult to pay rent as rates rise.

Statistics from the charity show 145 older people in in 2019 presented themselves to Alone stating they were homeless or at risk of homelessness. A further 235 people are on Alone’s housing list.

One woman (74) Alone is working with is living in a B&B after she received a notice to quit from her private rental and was unable to find an alternative location she could afford on her pension.

Speaking at the launch of the charity’s pre-budget submission, Seán Moynihan, chief executive, said financial difficulties are the third-most common difficulty older people face while housing is the second.

“Many people assume that older people have their financial needs met by their State pension,” Mr Moynihan said. “However, financial hardship is often a hidden issue among older people and one not many are willing to talk about.”

He said some of the issues older people are facing are the same issues they were facing 40 years ago.

“This includes older people living without indoor bathroom facilities and in unsafe housing conditions, who are experiencing financial abuse, and who cannot manage to pay their monthly expenses.”

Speaking at the same event, Vincent Browne, journalist and broadcaster, said it is “vital” this issue is tackled in Budget 2020.

“As our population gets older and more people are living in unstable rented accommodation, it is likely that even more older people will experience financial hardship,” Mr Browne said. “Currently older people receiving the Contributory Pension receive €248.30 per week, while the poverty line in Ireland is €252.11.”

Vincent Powell (62), an Alone service user, said although he inherited a home and will not face homelessness, financial difficulties are a problem he faces every day.

“I won’t get a State Pension because I don’t have enough stamps. I’d have to go back to work or apply for credits, but my GP said that given my medical condition, I wouldn’t be able to work,” he said.

“I was on disability but when I took the small pension from Eir, they took away all my entitlements. They took my free travel card off me which I really miss because I have to go to the hospital a lot. If I lose the medical card, it’ll cost me €144 per month to pay for all my medications.”

In its pre-budget submission, Alone called for a €7 increase to the State Pension, increasing the Living Alone allowance to €14 per week and increasing the budget for the home-support service for older people by €110 million.

They also want the Government to enable fairer access to medical cards, to abolish prescription charges for those who have medical cards and to provide more public housing for older people.

1 One hundred Irish retailers for all your online Christmas shopping
2 Des Bishop apologises to Traveller community for comments in interview
3 Gym owner plans to defy restrictions and open
4 Parents not yet found for 545 children separated at US-Mexico border
5 US election: Trump voters are energised in North Carolina but the state is on a knife-edge
Real news has value SUBSCRIBE